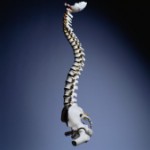 Falls are the major cause among the elderly, researchers say

While the overall rate of traumatic spinal cord injuries was stable from 1993 to 2012, an increasing number of older Americans have experienced this injury, a new study finds.

Injuries to the spinal cord can cause paralysis as well as permanent changes in strength, sensation and other functions.

Falls are the major cause of these injuries among older adults, Jain said. In addition, deaths from spinal cord injuries remain high, especially in older patients.

“These problems are likely to increase with our aging population,” he said. “Efforts to understand and prevent falls in elderly persons is a public health priority.”

The report was published June 9 in The Journal of the American Medical Association (JAMA).

The study authors suspect that public education, improved motor vehicle safety features, stricter safety belt laws, as well as stricter drunk driving laws and enforcement of those laws may have contributed to the decline in spinal cord injuries in young people.

But the news wasn’t good for all age groups.

Older men — those between 65 and 74 — saw a large increase in their rate of spinal cord injuries — from 84 per million to 131 per million over the study period. The rate in women of the same age went from 32 per million to 53 per million, according to the study.

Dr. Robert Glatter, an emergency physician and director of sports medicine and traumatic brain injury in the department of emergency medicine at Lenox Hill Hospital in New York City, said, “Data from this study indicates the need to monitor older persons for falls, especially at home.” He was not involved with the research.

Falls in the home often result from loose objects in hallways, poorly fitting shoes and out-of-date eyeglass prescriptions, he said. “Making sure that older persons use canes or other walking devices is especially important in preventing falls,” Glatter added.

Since many older people today are more active and use smartphones, they may be distracted walking while talking or texting, which may account for some of these injuries, Glatter said. “It’s important that older persons not engage in texting while walking in order to avoid potentially catastrophic spinal cord as well as head injuries,” he said.

“It’s imperative to remind those with balance problems due to neurologic diseases to pay special attention as they walk, keep their eyes in front of them, and have a person to assist them if necessary,” he added.

“Designing a safer home and community that elevates awareness of potential risks for falls and resulting injuries may help to reduce injury and suffering,” he said.