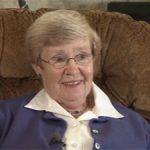 There is fresh hope for thousands of paraplegics in New Zealand yearning that someday someone will give them a chance to walk again.

Now, thanks to a 71-year-old Waikato housewife, recruiting for New Zealand’s first clinical trial to treat people with spinal injuries is about to begin.

Noela Vallis from The Spinal Cord Society has been fundraising for over 30 years to get the first clinical trials underway.

Her husband Keith was paralysed in a jet boating accident and spent 20 years as a paraplegic. He died as a result from complications from his injuries.

“It was murder&it’s terrible…some doctors say it is worse that cancer…so that’s why I thought I would start and study this all around the world and see what I can find,” she told TV ONE’s Close Up.

Scott Rushbrook is one of more than 5,000 people in New Zealand who are paralysed. His life was turned upside down after a wakeboarding accident.

“The first couple of years it was real hard…just because you’re trying to adapt to everything,” he told Close Up.

Now the 25-year-old has just one aim in life.

“(It would be) definitely to walk again, if it was possible.

“Just to sit on the beach and run in to the waves would be pretty cool.”

It is people like Rushbrook, Vallis wants to help. She has no medical background but said she just felt it was time “something was done.”

“It’s the beginning of the end of being in these wheelchairs,” she says.

Clinical Research Director, Dr Jim Faed says the trials are a first small step, but it puts them on the road to developing effective treatments and interventions.

“We’ve been waiting a long time, five and a half years for this and now we can actually get in to the real activity of recruiting people to take part and getting the process underway,” says Faed.

Vallis and her clinical team are looking for 12 potential candidates.

The criteria for candidates is that they must be T5-T6 complete (have absolutely no feeling below the injury), have been paralysed between the past two to seven years, that they must be 18-35 years of age and be stable.

Six of the candidates will have stem cells from inside their nose injected into the site of their spinal injuries. The other 6 will get placebos.

“The spinal cord injury site has the scar cleaned out and some tissue from the roof of the nose is collected and placed in that site and then the wound is closed up, it’s not a technically difficult procedure” said Faed.

He said the roof of the nose contains cells that can help nerve cells to re-grow and function better.

The only other country in the world to try the technology is Portugal.

Screening will be carried out in Dunedin, and the surgery will take place in Christchurch later this year.

If you want to be part of the clinical trial, or you want to donate money to the Spinal Cord Society go to its website.