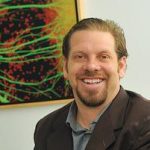 The community of patient advocates is full of the most passionate, goal-oriented people you’ll ever meet, and Roman Reed is near the top of the list.

Reed, paralyzed in 1994 from a tackle during a Chabot College football game, has been one of the most visible advocates for stem cell research funding through the San Francisco-based California Institute for Regenerative Medicine, or CIRM. He also was a poster child for a state law passed a law in 2000 to fund spinal injury paralysis research through the state’s general fund.

But in the course of California’s budget meltdown, desperate state officials took away the spinal cord research funds.

Undaunted, Reed and other supporters pushed for a new funding mechanism last year — a $3 surcharge on every moving traffic violation — only to see it die in Sacramento. Opponents, including the Automobile Club of Southern California and Crusade for Life Inc., argued that it was part of a “blizzard” of new and increased fees on traffic scofflaws.

So Reed launched a new effort, resulting in Assembly Bill 1657, that would add just $1 from every moving traffic violation to fund spinal cord injury research in California.

That bill, authored by Assemblyman Bob Wieckowski, D-Fremont, passed the Assembly on a 46-26 vote and the state Senate is expected to vote Monday on the measure.

Support has come from BayBio and the University of California. Opponents again include the Auto Club of Southern California, plus the California Catholic Conference and California Public Defenders Association, who argue that motorists would shoulder the burden of funding research. The Catholic Conference also claims the money could be diverted into “immoral” embryonic stem cell research.

I spoke with Reed about the bill and what it could do for patients and researchers.

Q.: What does this bill do?

Reed: Our law was in place and funded for 11 years through the general fund. We gave out $15.4 million for spinal cord research, funded over 300 scientists and supported (post-doctoral fellows). That leveraged $85.6 million in matching grants.

Now that fund is not available and we’ve not been able to fund the research.

It’s only a $1 surcharge on moving traffic violations that are convicted.

Q.: So this is $1 tacked on to the fine, not the whole fine? How much will it raise?

Reed: Right. People sometimes have a question: “Why are there so many add-ons?” The number-one way (spinal cord injury patients are) injured is through auto accidents.

This will create $3.4 million a year that will go into the general fund for the (University of California) system, and the scientists will make proposals and we’ll fund the best science that will be done in California.

We’ve already established peer-reviewed medical breakthroughs for our funding. Now there is no research. We can’t have a brain drain. We have to fund our top California scientists.

Q.: UC is doing this kind of research already. What are some examples of work that might be moved forward with this potential source of new funding?

Reed: Hans Keirstead (at UC Irvine) is the number-one scientist using stem cells for spinal cord injuries. He has two experiments that are cutting edge. One is in SMA, spinal muscular atrophy, in infants. Children are guaranteed to die by the age of five.

There’s also basic rehabilitation with robotics, where you can wear a skull cap that measures the signals your brain is sending.

We’re going to have more of that. It’s amazing what we’ve done.

We’re close to having the first irritable bowel syndrome treatment go into clinical trials, and that’s related to the spinal cord. There are other neurological diseases that are similar to spinal cord injuries.

Q.: This bill is similar to the bill that failed last year. What’s changed to make this more palatable for legislators?

We also have tremendous support. Lt. Gov. Gavin Newsom has been a huge supporter.

Q.: What’s it taken personally to get this bill to this point?

Reed: It’s been everything. I work on it at least 14 hours every day. Sacramento’s now my second home.

But we have to have the funding. We’re losing scientists. We were funding 20 scientists a year; now it’s zero. We gave away $1 and $5 were coming back. It just makes sense to do it.

Q.: We’ve got state bonds funding stem cell research, a traffic fine surcharge potentially for spinal cord injury research and there was the failed measure on June’s ballot to funnel cash into cancer research. Are we creating a laundry list of special interests that ultimately diverts money from the state’s general operating budget?

Spinal cord research has so many carryovers to so many other diseases: SMA, Lou Gehrig’s disease, Parkinson’s disease. It’s killing our Medicaid and Medicare costs.

With SMA, it’s the number-one infant killer in California and the world. We’ll be able to find a cure. What can be better than that?

The Wii and an injured gamer – a happy follow-up