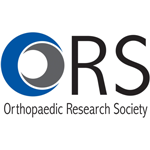 Previously, microRNA-210 has been studied as an effective treatment for cancer and other diseases. Scientists noted that there was an absence of this particular gene in cancerous tumors, but it was found in abundance in healthy tissue. By delivering what was missing directly to the diseased tumor, scientists were able to stop the progression of the disease. Other scientists, however, noted that microRNA has the possibility to actually promote the growth of certain cancers.

Dr. Satoshi Ujigo from Hiroshima University in Japan and his colleagues applied this same theory to injured spinal cords hoping for similar results. His work was recently presented at the Orthopaedic Research Society’s (ORS) 2013 Annual Meeting in San Antonio Texas this January.

Dr. Ujigo and his colleagues administrated miR-210 to a group of mice directly at the sight of the injured spinal cord. These mice, as well as those in a control group, were studied and evaluated using the Basso Mouse Scale (BMS) as well as other methods of evaluation. Seven days after injury, mice in the MiR-210 group could lift their trunks. The mice in the control group were unable to support their body weight with their hind limbs. In addition, the BMS scores for locomotion with the miR-210 group were significantly higher than in the control group at five days or later.

“Micro RNA-210 is one of the candidates for promoting spinal cord repair,” Dr. Ujigo stated. “We are going to explore other candidates and to establish the best combination of micro RNAs for the effective treatment.”

Founded in 1954, the Orthopaedic Research Society strives to be the world’s leading forum for the dissemination of new musculoskeletal research findings. The ORS is made up of over 2,800 clinicians (including orthopaedic surgeons and veterinarians), engineers and biologists.