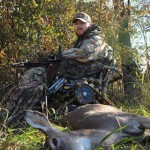 OSKALOOSA, Iowa – April 9, 2015 may be an ordinary day for most folks, but for Cole Nilson it marks one-year anniversary of the day he was paralyzed while trying to help others. In 2014, Landon Shaw, of Tarkio, Missouri, was five-months-old and had stage four brain cancer. Landon’s family created a Facebook page, on March 30, 2014, asking people to “Plunge for Landon” and then post their plunge to the page. Each plunger would send the Shaw family money, to help cover Landon’s medical expenses (Landon is still fighting his cancer). Cole Nilson took the challenge and dove into a pond, head first. It was in that moment that Nilson’s charitable action turned into a battle for his life.

Nilson broke his neck and floundered in the pond until his friend, Tommy Van Renterghem jumped into the water and saved his life. Nilson was life flighted to Des Moines and was later transferred to Madonna Rehabilitation Hospital in Omaha, Nebraska.

The injury rendered Nilson a C6 Quadriplegic. This term means that his sixth vertebrae in his cervical spine was broken and his spinal cord was partially severed, making Nilson paralyzed from the neck down. However, this diagnosis did not hinder Nilson from working hard to regain an independent life.

“I am about 90% independent. I have built up a lot of upper body strength, so even though my legs don’t work, I can do most things on my own,” said Nilson

Through the injury, Nilson has learned to find joy and hope in the little things.

“One month ago today, so eleven months after my injury, I was able to move my left index finger,” said Nilson. “I had gone four or five months without regaining any abilities, so I had thought that my progress had possibly stopped and I was okay with that. Then all of the sudden that happened, it was a revival of hope.”

Nilson posted a video, showing that he could move his index finger, and it received over 15,000 views. That show of support touched Nilson and made him think of the progress he may still make in the coming months.

“Doctors tell you that it takes two years for your spinal cord to heal. So, all I can think is, “I wonder what will happen in the remaining months!” said Nilson.

During the toughest year of his life, Nilson has experienced many blessings.

“With as unfortunate the situation is, there could not be a more fortunate person than myself,” said Nilson.

Nilson and his girlfriend Crystal and their nearly four-year-old son, Lincoln, live in Oskaloosa. Nilson told The Post that the town has come together to show support for him and the other young men who were also recently paralyzed. The town has worked to make things more accessible, including adding accessible seating for individuals in wheelchairs/power chairs and their families/friends.

The community also embraced Nilson and his family, offering everything from financial support to prayers and encouragement. One, anonymous individual, even bought Nilson a power chair that has tracks (like a tank) so he could continue with one of his greatest loves—hunting and the outdoors.

On April 18, Nilson will be using his customized power chair to participate in the Wheelin’ Sportsman Turkey Hunt hosted by the National Wild Turkey Federation.

Although Nilson has experienced many blessings through his injury and continued recovery, he has also encountered difficult times. Nilson, who ordinarily never has a bad day, experienced some symptoms of depression. He turned to a doctor for support and that helped. His other support systems have come from his girlfriend Crystal, who has stuck by his side, his young son Lincoln, who has a “when you get better” attitude, his parents, who have helped him in many ways, including driving him to Des Moines for physical therapy twice a week, and his loving brother and friends who have made sacrifices and accommodations to make Nilson’s adjustment to a life with new obstacles and easier one.

To read about Nilson’s recovery, from his perspective, click here.