Air travel remains inhumane and dangerous for many people with disabilities, 35 years after legislation mandated accessibility 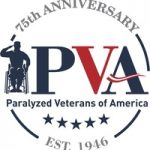 As the busiest travel season of the year kicks off, Paralyzed Veterans of America calls on public to join their fight for change

WASHINGTON, Nov. 17, 2021 /PRNewswire/ — This year’s holiday travel season marks the 35th anniversary of the Air Carrier Access Act, which legally began the move toward accessible air travel, and Paralyzed Veterans of America is sounding the alarm about serious issues people with disabilities still face when traveling by plane. Broken wheelchairs, injuries from improper transfers to and from airline seats, and no access to in-flight restrooms are common problems paralyzed veterans, and others with mobility impairments, routinely experience when flying.

“It is unacceptable that 35 years after legislation passed, someone in a wheelchair still can’t access a bathroom on an airplane and risks serious injury or death because airline personnel are not properly trained,” said Charles Brown, PVA national president. “These are basic safety and civil rights issues, and every American should be outraged at the inhumane circumstances paralyzed veterans and other people with disabilities are forced to deal with to travel on an airplane.”

PVA is leading the fight to demand safer, more accessible airline travel for people with disabilities, and is asking the public to join them by signing their petition at PVA.org/AirTravel. This fight follows the death of disability rights activist Engracia Figueroa, whose power wheelchair was destroyed during a flight, forcing her to spend weeks in a loaner chair, which reportedly caused a fatal pressure sore. PVA urges the passage of new legislation demanding stricter standards for accessibility on new and existing planes, and better enforcement of the law.

Two years ago, Brown was critically injured when airline personnel improperly transferred him from his power wheelchair into an aisle chair to board a plane. Airline contractors, who were inadequately trained, dropped Brown onto the jet bridge fracturing his tailbone, and causing a serious infection. He spent months in the hospital fighting for his life and is now pushing for change.

Air travel is subject to different regulations than public spaces on land, and many say it remains decades behind other public areas in terms of accommodations for people with disabilities. PVA, a vocal advocate for veterans and all people with disabilities for 75 years, says air travel is the top complaint heard from its members. These issues affect 65 million Americans with disabilities, which could include someone in your family now or in the future, and this number will grow as the population ages.

In addition to the petition, PVA just published a How to Avoid Wheelchair Damage advocacy chat, along with a pocket-size PVA Disability Complaint Reminder Card and PVA Air Travel Checklist to help travelers this holiday season. PVA also published An Inside Look at: Air Travel for People Who Use Wheelchairs animation video to raise awareness of the challenges wheelchair users face when they fly. All these items can be found at PVA.org/AirTravel. PVA also encourages all wheelchair users to submit their air travel story at Air-Access.org.

About Paralyzed Veterans of AmericaFor 75 years, Paralyzed Veterans of America has been the only Veterans service organization dedicated solely to helping Veterans with spinal cord injuries and disorders (SCI/D), and diseases like MS and ALS. Our team of legislative advocates, architects, medical professionals, lawyers and other highly trained professionals strive to ensure that every Veteran regains the freedom, independence and quality of life they fought for. PVA is a major support system for our nation’s paralyzed heroes, their families and caregivers, ensuring quality healthcare, securing earned benefits, fighting for disability civil rights, making America more accessible, helping Veterans find meaningful careers, empowering them through sports, recreation and wellness programs, and funding both research and education in the search for a cure and improved care and autonomy for individuals with paralysis. Operating more than 70 offices in all 50 states, the District of Columbia and Puerto Rico, PVA helps paralyzed Veterans and all people with disabilities live fuller, more productive lives.