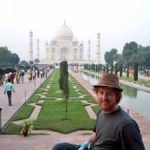 HE’S notched up 14,224 miles in a 150-day odyssey, and now wheelchair wanderer Peter Donnelly has finally rolled back home to St Helens on the fifth anniversary of the injury that paralysed him from the waist down.

Not one to be held back, he rose above his injury to volunteer to work three months at a spinal rehabilitation centre in Bangladesh.

At the end of his three months, Pete, who has just turned 25, made a life-changing decision. He wouldn’t come back the usual way, by plane. He decided to travel home by land.

Two continents and 14 countries later, he has returned having raised over £3,800 for the Valerie Taylor Trust, whose main aim is to financially contribute to the treatment, rehabilitation and reintegration into the community of disabled people in Bangladesh.

“The idea for going home overland was just to experience all the things that you never get to when you fly,” he said. “Foods, culture, sights and so on – plus it seemed like an adventure that was too good to miss!”

Pete stopped in to visit friends around the world from years back.

This didn’t stop him missing the family and friends he left behind. “I stayed in touch with my family back home via phone calls or Skype when I had access and when we could both work out when to be free dealing with the time differences.”

The former Rainford High pupil had international interest in his story: “Getting interest from people in other countries wanting to publish articles about me was weird; I kept thinking ‘What’s the big deal?

“I’m just a guy from St Helens on his way back home’.

“The strangest thing was finding a German publisher who is willing to put my book into production, the book that hasn’t been written.”

As for the future, Pete says more voluntary work is on the horizon. “I’m back in the country now until October when I go back to Asia to do some more charity work with Vitality.

“While I’m here, though, I’m planning on giving some talks at the local spinal unit about travelling using a wheelchair – letting them know that it’s not impossible.”