Showing the world that ‘different’ is beautiful 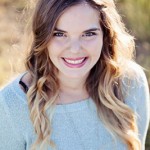 Life has thrown a lot at Coquitlam’s Jessica Kruger.

At 15 years old she suffered a work-place accident resulting in a broken neck and spinal cord injury leaving her wheelchair bound.

She once believed her injury took away all hopes of her being considered “beautiful,” let alone any chance of living a normal life, and forget about being an athlete or – crazier yet – a model.

But she has. Against all odds, Kruger, 21, is the new face of Lise Watier’s “Something Sweet” perfume, beating out nearly 400 other contestants all scratching and crawling for the same contract.

“Overwhelmed and excited are definitely the two words I’ve been using most to describe how I’m feeling,” Kruger told The Tri-Cities NOW.

“Part of me doesn’t even really believe it’s real yet, but then the other part of me is extremely proud – not necessarily of myself, but rather the community.

The people that voted for me and secured my spot in the top five, and Lise Watier, because they are the ones making my dream possible.”

An online application was followed by 15,000 votes cast in her favour, leading to the final seal of approval by a panel of judges. Kruger was then flown to Montreal to receive the full model treatment.

“In my head that means that thousands of people are ready to see somebody with a disability as a model – how cool is that,” she said.

Kruger made headlines back in June when she put forward her application to Lise Watier.

Since then, people flocked by the thousands to cast their ballot online in support of Kruger and her ideals for the modeling business.

“Commercials, magazines, and advertisements very rarely feature someone that doesn’t fall within the ‘perfect’ mold, and that is the trend that I intend to put a stop to,” Kruger wrote in her online pitch entitled, “Help Me Show the World ‘Different’ Is Beautiful.”

“Initially I just entered the contest for fun,” Kruger said. “A friend had suggested it to me, and I figured it couldn’t hurt to try. It wasn’t until I realized how much attention my decision to do so was getting, that I realized that this could be a really incredible opportunity to try and change the public’s perception of what a model should look like, and what somebody with a disability is capable of.”

And she has. But when she isn’t trying to change the modeling world, Kruger is a student at Simon Fraser University and a motivational speaker for the Rick Hansen Foundation.

On top of that she plays the infamous sport murderball, the intense game of wheelchair rugby. It’s full contact and she’s the only female on the co-ed B.C. provincial team.

“Something that started out as a tragedy has grown to be the driving factor in my daily life,” she said. “While I don’t believe that my wheelchair is the reason that I have been successful in my various pursuits, do believe that the daily challenges that come with having a disability are what gave me the drive to strive for more.”

Kruger is embracing her new role as ambassador for the “Something Sweet” perfume and is eager to begin changing people’s minds about the model and fashion industry.

“This is about showing the world that the fashion industry is ready to take that step towards embracing diversity,” she said.

A cure ‘will come’ for paralysing spinal injuries