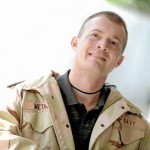 LONG BEACH >> Knowing that college was not what he wanted to do in his 20s, Mike Metal joined the Navy and trained to fight pirates in the dangerous waters off the east coast of Africa.

Now, more than half a decade after medical problems forced him to leave the service, Metal is working on a second master’s degree and planning a career to help other veterans transition from military life to the civilian world.

Six months after Metal left the Navy in 2007, he found Paralyzed Veterans of America and a vocational assistance program now called PAVE, or Paving Access for Veterans Employment. Counselors are assigned to veterans hospitals that are equipped to treat people living with the kinds of serious injuries that would require a person to use a wheelchair or a walker, either of which Metal needs to use, depending on how far he has to move in a given situation.

Since 2007, PAVE counselors have helped 439 veterans obtain employment, out of some 2,500 veterans who have participated in the program.

“While that number might not seem scintillating at first blush, we are focusing on the hardest to place: those with severe disabilities,” said Sherman Gillums, the PVA’s associate executive director. Like Metal, he also received aid from PVA before finding a career assisting other veterans. Gillums was paralyzed from the waist down after surviving a car accident in 2002 that ended his time in the Marine Corps. Metal suffered back and foot injuries and had to leave the Navy after a negative reaction to medication.

Paralyzed Veterans of America runs its PAVE program at seven locations across the country, including the VA Long Beach Healthcare System, where Metal participated in the program as it was forming.

Long Beach is the only West Coast city where the PVA offers PAVE counseling, but the nonprofit plans to expand PAVE to all 24 Spinal Cord Injury & Disorder Centers operated by the Department of Veterans Affairs. California has two other such centers, in Palo Alto and San Diego.

Technology allows veterans who live outside the area to receive PAVE counseling, said Enrique Chavez, a PVA national service officer in Long Beach and a paraplegic peacetime veteran. Chavez said the PVA counselor assigned to Long Beach, Joan Haskins, can assist veterans living up and down the West Coast, as well as those in Alaska and Hawaii.

“She handles everything basically through the Internet,” Chavez said.

Gillums said PAVE counselors help veterans do more than find a job. They also help them access their health benefits, cope with stress and advance through the recovery process.

“We can look deeper into the issues, something an employer wouldn’t be able to do,” said Gillums, who pointed out that counselors’ access to a veteran’s medical records helps them understand the particulars of an individual’s recovery process.

Another part of the PAVE program is helping employers understand the tax benefits of hiring veterans.

Hiring incentives can help employers who may be nervous about hiring a candidate living with a disability, Chavez said.

“When you go to some of these interviews and you roll up in your chair, you can see it in their faces, ‘Oh, man,’ ” he said.

Vocational counseling can take the form of advice on how best to incorporate one’s military experience into a resume or more substantial guidance that Metal said facilitated his transition from a military culture to civilian life.

“It changed my perception of the civilian population,” he said. “I did strongly adhere to the idea that I could not trust somebody that hadn’t served. They really helped me see that being a veteran, I constitute a very narrow minority of the population, but all of these groups exist to help us.”

Metal, 34, credited Haskins with being able to “read between the lines” in a job posting and thus see how his own skills and experiences could help him become a competitive job applicant.

Metal said he learned to draft a resume and to use a verbal communications style more appropriate for the business world than the military.

“They introduced me to the unknown,” he said.

Now, Metal has a master’s degree in social work from USC and plans to add an MBA from Keller Graduate School of Management. He graduated from Long Beach Poly in 1997 and attended Long Beach City College.

He aspires to secure a new career within the Department of Veterans Affairs and presently works for Volunteers of America, where he helps Southern California veterans find housing.

“I love coming to work every day,” he said from the downtown Santa Ana building where he works. “Today I’ve found housing leads for three different veterans. Ultimately, whether they take them or not is up to the veteran, but I was able to give them the opportunity.”

New Biomaterial Developed That Could Be a Treatment for Spinal Cord...