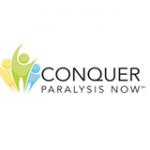 St. Petersburg, FL (PRWEB) July 22, 2014 – Joining Conquer Paralysis Now as its first champion in the movement to cure paralysis in the next decade is Paralympic silver medalist and quadriplegic Jennifer French.

As a result of a snowboarding accident, French became a quadriplegic from a spinal cord injury in 1998. Now, she has joined a new effort to help find a cure for paralysis.

“People define cure differently,” French said. “For some, it’s walking again and for others, it’s something else. We have the image in our minds of what we were like before we were injured. For us, getting back to that state is what’s important.”

French is a silver medalist representing Team USA at the 2012 Paralympic Games in the sport of sailing, and is an eight-time recipient of the Milan-Gruson Award given to the top disabled female skipper. She has been awarded 2012 Rolex Yachtwoman of the Year – the first woman with a disability to do so.

As co-founder and executive director of Neurotech Network, French guides the organization’s focus to educate and advocate to and for persons with impairments, their caretakers and health care professionals regarding neurotechnology. She recently published her memoir, “On My Feet Again: My Journey out of the Wheelchair using Neurotechnology.”

“Conquer Paralysis Now believes a cure for paralysis is within reach and we are thrilled that Jennifer has joined forces to share this vision,” said President and CEO Ida Cahill.

As a champion for Conquer Paralysis Now, French will lend a public face to those worldwide who live with spinal cord injuries.

“Conquer Paralysis Now is revolutionary in many ways,” French said. “It’s bringing the scientific community together to work toward collaboration – to be able to understand that there isn’t one silver bullet; that a combination of things will ultimately lead to the cure.”

About Conquer Paralysis Now
Conquer Paralysis Now, A Global Project of the Sam Schmidt Foundation, is a 501 (c) (3) nonprofit organization with a mission to cure paralysis. The organization is leading the charge for a cure through funding scientific research, medical treatment and technological advances benefiting those paralyzed by spinal cord injuries, stroke or diseases such as ALS, Alzheimer’s and Parkinson’s or in other ways.

‘Not a day of self-pity’