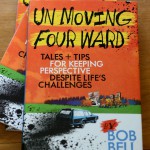 The kind of fellow that any guy would love to add to his real world friends list.

“So what’s the deal with the Hebrew tattoo on your arm?” he’s asked.

“It’s actually ‘Thy will be done’ from the Lord’s Prayer,” he said. Then his eyes start to twinkle a bit behind his stylish glasses. “I don’t know if God speaks English, but I heard he has a son who speaks Hebrew.”

“God’s will be done.” It’s a personal motto of sorts for Bell, 44, a Pensacola Catholic High alumnus (Class of 1989) who is now a professor of accounting and finance at the College of St. Benedict/St. John’s University in Collegeville, Minn.

“Make sure you put College of St. Benedict/St. John’s University,” he said. “Because I get in trouble if you use one and not the other.”

Bell loves the sibling schools. The College of St. Benedict is a women’s school and St. John’s is for men. He graduated from St. John’s in 1994. He started there in 1989. Yes, it took him five years. But cut him some slack.

Because just months after the start of his freshman year, Bell’s life changed forever in a moment of dormroom horseplay.

Wrestling and goofing with a student in the next room, Bell was put in a full nelson hold and heard three snaps in his vertebrae. He would never walk again.

But before he was even taken to the hospital, Bell looked at the fellow student who had injured him, who had paralyzed him.

“I know that was an accident. I forgive you.”

Bob Bell is quadriplegic now. He spends most of his time in an electric wheelchair. He spent time in the hospital, and in rehabilitation facilities and emerged, yes, in a wheelchair. But don’t dare use that old, un-PC term “confined” to a wheelchair. Bob Bell is not confined.

Since the accident in the fall of 1989, Bell has earned a bachelor’s degree, a law degree, worked on Wall Street and is now a professor beloved by his students.

In his spare time, he’s no different than you an I:

He’s paddled down the Zambezi River in Zimbabwe, through gator-infested waters.

He has taken a horse-drawn carriage through the faraway deserts of Jordan to visit the ancient city of Petra.

He’s visited China, Mongolia, Vietnam, Azerbaijan and other more than 30 other countries many Americans can’t find on maps. He’s visited the Western Wall of Jerusalem. He’s been to Russia and admits to spending a few “hazy days” in Amsterdam.

“He is a modern day super hero,” said his friend, architect and Pensacola City Council member Brian Spencer. “He certainly leaves little room to hide behind excuses of fear. He has a real thirst for adventure.”

Oh, yeah, if you’re still feeling inadequate when reading of Bell’s exploits and accomplishments, add this: He’s also an author.

Bell’s recently released book “Un Moving Four Ward” is an often humorous look at his life, his struggles, his recovery and his adventures since that day in 1989. 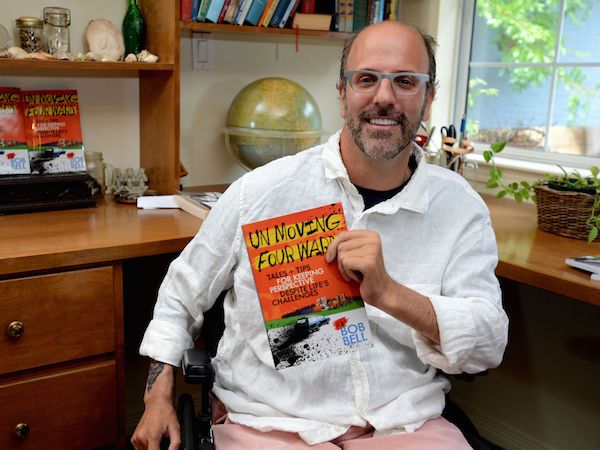 “Some of his adventures scared me,” said his mother, Judy Bell. “I had to read through them fast. And some things I just didn’t want to know about.”

Like the beginning of the book, where Bell describes a terrible bout of Mongolian diarrhea. Or the amusing anecdote about trying to have sex for the first time after the accident. His grandmother came home unexpected, with Spencer, who was going to design an accessible bedroom addition to the Miller home. It was the first time Spencer met Bell.

But the book is also filled with inspirational lessons that are aimed to help people deal with their own obstacles. He even inspired the acquaintance who injured him more than two decades ago.

“I found out a few years back that he was a caregiver for a male quadriplegic,’ ” Bell said. “He must carry the weight of what happened with him all the time. If I saw him now, I would hope we would tell each other that we’re living good lives and doing good things.”

Bob Bell’s book is titled “Un Moving Four Ward” and is available at bobbellbooks.com, Amazon.com and other online outlets.