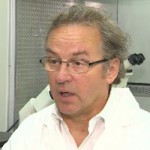 TORONTO – A Canadian-led international team of researchers has begun solving the mystery of just how a specialized cell taken from a person’s skin is reprogrammed into an embryonic-like stem cell, from which virtually any other cell type in the body can be generated.

The research is being touted as a breakthrough in regenerative medicine that will allow scientists to one day harness stem cells to treat or even cure a host of conditions, from blindness and Parkinson’s disease to diabetes and spinal cord injuries.

Besides creating the reprogramming roadmap, the scientists also identified a new type of stem cell, called an F-class stem cell due to its fuzzy appearance. Their work is detailed in five papers published Wednesday in the prestigious journals Nature and Nature Communications.

Dr. Andras Nagy, a senior scientist at Mount Sinai Hospital in Toronto, led the team of 50 researchers from Canada, the Netherlands, South Korea and Australia, which spent four years analyzing and cataloguing the day-by-day process that occurs in stem cell reprogramming.

The work builds on the 2006-2007 papers by Shinya Yamanaka, who showed that adult skin cells could be turned into embryonic-like, or pluripotent, stem cells through genetic manipulation, a discovery that garnered the Japanese scientist the Nobel Prize in 2012.

Nagy likened the roughly 21-day process to complete that transformation to a “black box,” so called because scientists did not know what went on within the cells as they morphed from one cell type into the other.

“It was just like a black box,” Nagy said Wednesday, following a briefing at the hospital. “You start with a skin cell, you arrive at a stem cell — but we had no idea what was happening inside the cell.”

Nagy’s team set about cataloguing the changes as they occurred by removing cells from culture dishes at set points during the three-week period, then analyzing such cellular material as DNA and proteins present at that moment.

The result is a database that will be available to scientists around the world, which the team hopes will spur new research to advance the field of stem cell-based regenerative medicine.

Co-author Ian Rogers, a scientist in Nagy’s lab, said the database will allow researchers to identify various properties of the developing stem cells, which could mean improving their ability to treat or cure disease.

“So depending on the therapy, so maybe for spinal cord injury treatments … or diabetes … you can look at this database and say, ‘OK, we are going to stop our cells in the progression at this stage,” Rogers said.

“So it allows for more personalized therapy.”

Nagy said the F-class stem cells his lab identified have unique properties that could open up new avenues for generating “designer” cells that may be safer and more efficient when used in future therapies. They differ from their more classical stem cell cousins in that they can be grown faster and more cheaply in bioreactors, he explained.

“This encyclopedic data set … will worldwide help to power many more discoveries by hundreds of research labs working in this field and in the fields of cancer and fetal development and many other areas,” he said.

Calling it an extraordinary achievement, Ontario Health Minister Dr. Eric Hoskins hailed the research as a game-changer that will open up new frontiers in scientific and medical knowledge around the globe.

“This research can and will and is leading to new medical treatments using a patient’s own cells,” he told the briefing. “That kind of individualized treatment is something that physicians like me have only dreamed of in the past.”

Nagy said the next step is to further mine the database to understand more of what is happening during the cell-to-stem cell transformation. He estimated the work so far represents only about 10 per cent of the knowledge that can be gleaned about the process.

The ultimate goal, of course, is to translate the basic science into therapies that will help patients, he said.

“In the end, we hope that this research and this knowledge is going to accelerate the process of using cell-based therapies for regenerative medicine. Then everybody’s going to benefit.”

By Sheryl Ubelacker The Canadian Press