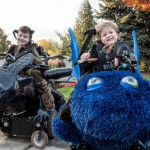 Ryan Weimer has been making elaborate Halloween costumes for his own kids since 2008. Last year, he decided to start Magic Wheelchair so that other disabled children could enjoy similarly intricate costumes.

Weimer has three children with Spinal Muscular Atrophy, a condition that confines them to wheelchairs. Weimer’s oldest child, Keaton, started driving his powered wheelchair at two years old. The first Halloween Keaton had his wheelchair, he announced that he wanted to be a pirate.

“I was thinking about it, and I realized I could probably build a pirate ship around the wheelchair itself,” said Weimer. “When you don’t know how much time you have with your kids, you do as much as you can with the time you have. You go big.”

Weimer did go big—and Keaton was the talk of the town.

“The best thing about it was that the other kids weren’t looking at Keaton like he was a poor kid in a wheelchair, they were looking at him like he was an awesome pirate in a pirate ship. It allowed them to approach him and it had a really great impact on our community,” said Weimer. 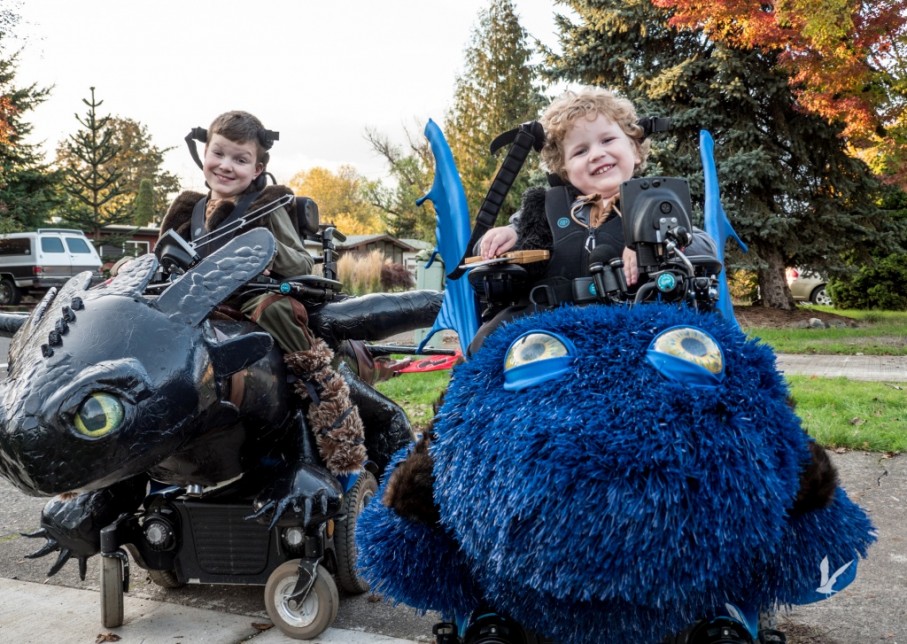 Weimer wanted kids in other communities to experience that impact, but he knew that building the costumes was expensive and time-consuming. That’s why he decided to start a nonprofit. With the help of 769 backers on Kickstarter, Weimer raised $25,688 to get Magic Wheelchair going. 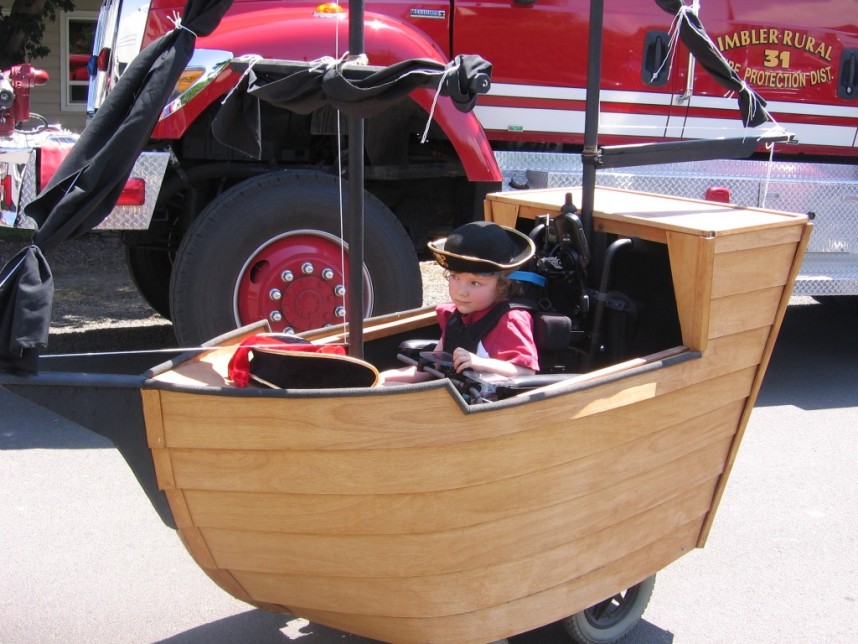 This year, Magic Wheelchair is creating costumes for six kids that will be ready by Halloween 2015. Children that want a costume from the organization submit a one to three minute video explaining what they want to be for Halloween and why they should be selected for that year’s Magic Wheelchair Build. Once they are selected, the children work with volunteer designers and builders to create their costume in time for Halloween.

“We have really talented volunteers that have backgrounds in special sets or costume design,” said Weimer. “We couldn’t do this without them.” 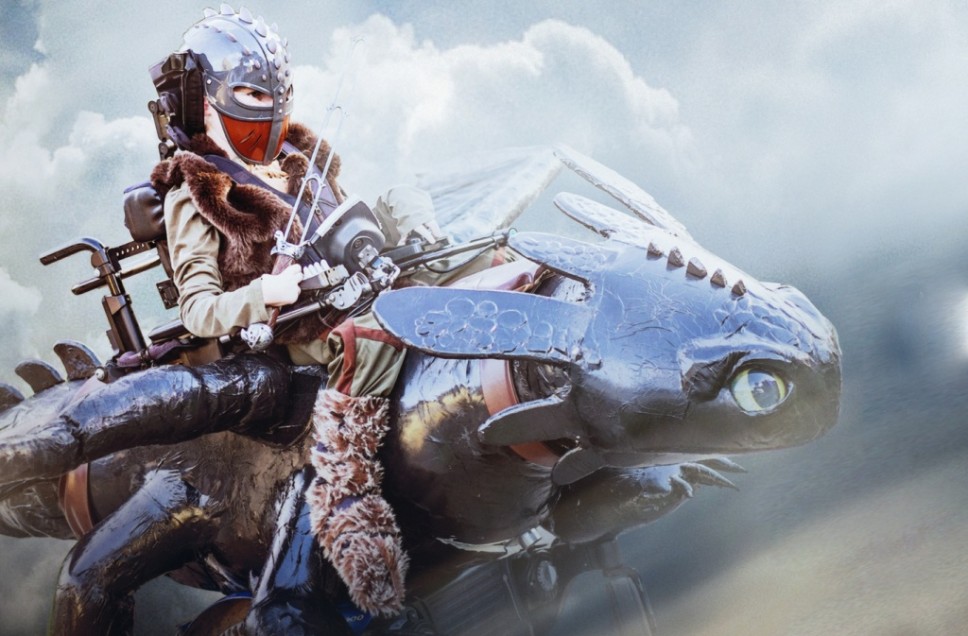 “My favorite thing about Magic Wheelchair is that it’s a creative way to create awareness in communities,” said Weimer. “It’s a great way to make kids feel included.”

Rediscovering Love: My 6-year-old and her quadriplegic Dad