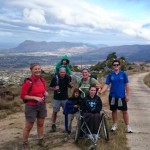 Chaeli and her team—the Chaeli Kili Climbers—reached the summit early Thursday morning after five days of gruelling ascent in a specialised wheelchair.

“This is the day of days,” read a message from expedition leader Carel Verhoef late Wednesday evening just before the final push to the summit.

Chaeli and the team have been posting live updates from the five-day ascent, allowing people to follow their progress in real time.

“Everyone to the summit, including Chaeli!” said an update from the team on Thursday afternoon. “We reached the summit at 0800 this morning. A very long day… Chaeli made it!” 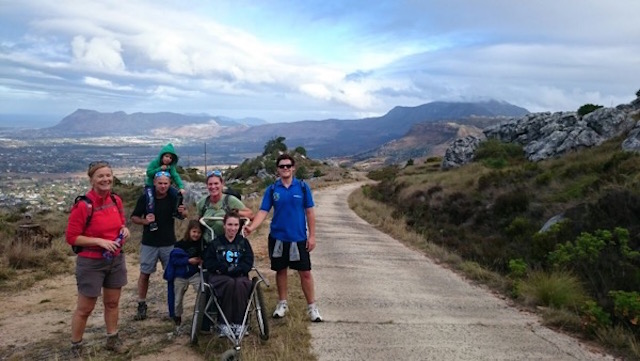 Born with cerebral palsy, Chaeli Mycroft has never been one to let a disability get in the way of success. When she was just nine years old, she teamed up with her sister and three friends to raise R20 000 ($1500) for her motorised wheelchair.

The success of this small project began a bigger mission, and she later founded a non-profit organisation that provides services to children with disabilities. Since 2004, the “Chaeli Campaign” has assisted over 3 000 children to receive wheelchairs, hearing aids, food supplements and more.

In 2011 Chaeli won the International Children’s Peace Prize; in 2012 she was awarded the Nobel Peace Laureates’ Medal for Social Activism, and then won the World of Children Youth Award in 2013. She has been recognised by former president of South Africa, FW De Klerk, and Desmond Tu Tu.

For Chaeli, reaching the summit of Kilimanjaro has been a long time dream.

It is enough of a challenge for able-bodied individuals to attempt a climb. Facing altitude sickness, temperatures that fall below freezing, with minimal movement in Chaeli’s a specially designed ‘mountain wheelchair’, the expedition was anything but easy.

But her teamwork won in the end. With help from the Kili Climbers, who pushed, pulled and carried her through ice, snow, and tundra, the team finally arrived on the roof of Africa.

“Last supper on the mountain,” said one of the latest updates from the team. “Everyone well and relaxed.”

“Can’t wait to see you all later,” said Chaeli’s mother, Zelda, in a message to the team.