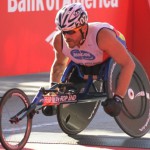 Australia’s champion wheelchair racer Kurt Fearnley says from his first Paralympics, in Sydney 2000, he has heard stories about boosting – the practice among athletes with spinal cord injuries of inflicting trauma on themselves, such as breaking a toe or sitting on their scrotums, to raise their blood pressure and improve performance.

The International Paralympic Committee has announced that in the lead-up to the Rio Paralympics it will crack down on the illegal practice, which involves tricking the brain into triggering autonomic dysreflexia, which causes the body to flush with adrenaline.

Fearnley said he believed boosting would have obvious tells, such as high blood pressure, but he had also heard stories of athletes showing excessive aggression on the track.

He had little doubt those who used such extreme methods would cheat in other ways, and would eventually be exposed.

However, he said he had never seen it in his classification, in which athletes would not receive the desired effect because of the pain.

Fearnley was born without the lower part of his spine and mainly competes against those with lesser spinal injuries and amputees. 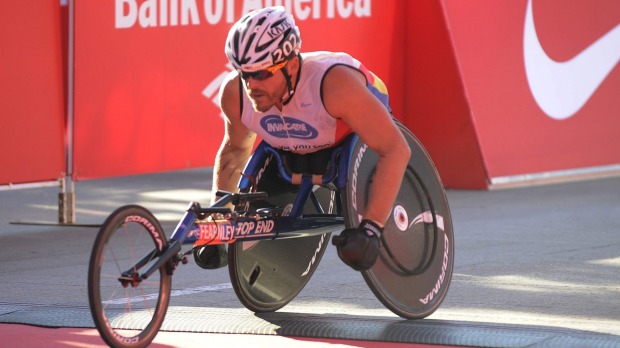 “I’ve never seen [it happen],” said Fearnley, who has won marathons around the world including at the Paralympics and world championships.

“I’ve been racing for 20 years and in my classification, where the majority [of racers] are amputees or have a very low spinal-level injury, it would be very rare for somebody to do what they are implying.

“To tell you the truth, if somebody is going to cheat at that level then I would guess that they would also be susceptible to cheating in other ways that the community and sport can provide. If you’re the guy who’s going to crush his nuts to raise his blood pressure, you’re also probably the guy whose going to find a way to take EPO or steroids or do blood transfusions.

“If you are that person, I would hope that we also have the systems in place, the random testing in place, that you would get caught.

“I’ve seen quadriplegics who can stand. All four limbs are affected, so they do have quadriplegia but they have it in an incomplete way, so they wouldn’t be able to handle the pain involved in boosting, so for me I’m surprised it’s still a headline.”