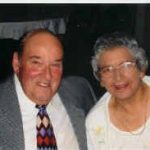 A GRANDAD died after six doctors at two hospitals failed to spot he had broken his spine.

Neville Caplan, 70, could have been saved if he’d had surgery in the three weeks before his death.

The retired pastry chef from Prestwich – described as ‘fit and healthy’ – fell while babysitting.

Four consultants and two radiologists at Wythenshawe Hospital and North Manchester General Hospital missed his injury until three weeks after the accident.

By then it was too late. He died three days after the diagnosis.

The pensioner’s devastated family, who have waited four years for an inquest, are now considering seeking compensation.

After the inquest, his son Jeff, 51, said: “The coroner has identified a misdiagnosis in two major hospitals. My mother, sisters and myself are devastated by such an unnecessary death.

“It’s now in the hands of our lawyers. Compensation would be the logical next step.”

Coroner Nigel Meadows said: “Had the spinal fracture been diagnosed shortly after it was sustained, it was treatable by surgical intervention.”

The coroner heard specialist evidence from Saeed Mohammed, a spinal surgeon based at Hope Hospital.

Mr Meadows asked Mr Mohammed: “On the balance of probabilities, do you think this was a condition that treatment could have saved?”

The coroner asked: “From November 11 to December 1, do you think that was a reasonable opportunity?” Mr Mohammed said: “Correct.”

Mr Caplan was a walking enthusiast, studying writing skills and caring for his wife Cynthia at the time of his death.

The inquest was told that after he slipped on stairs at his son’s home in Hale, he was taken by ambulance to Wythenshawe Hospital and diagnosed with mild pneumonia, broken ribs and a sprained ankle.

Two doctors failed to identify his broken back or ask about his long-term spinal condition which made him vulnerable to back injuries.

The hospital’s X-rays were later re-examined and found to be `technically inadequate’ – but they weren’t redone.

Mr Caplan was sent home with antibiotics and painkillers but spent days sleeping on a chair at home, in increasing pain.

He was admitted to North Manchester General Hospital five days later, complaining of breathing difficulties and pressure on his spinal cord. Again he was treated by two doctors and a radiologist who all failed to spot his condition.

Two weeks later, the hospital eventually did scans that revealed his broken spine and pressure on his spinal cord.

By this time, he was too ill to transfer to Hope Hospital, in Salford, for life-saving surgery.

The cause of death was a third bout of bronchopneumonia, caused by his spine and chest injuries.

Mr Caplan’s son Jeff told the inquest that transferring his father from a raised-back bed to a flat bed also contributed to his illness. He also said nurses `dropped’ the pensioner while trying to guide him, exacerbating his spinal fracture.

Dr Howard Klass, a consultant at North Manchester General, said he could not rule out the claims.

But he added: “There was nothing clinically for us to suspect that he had a fracture or spinal cord compression.”

Dr Darren Walter, a consultant from Wythenshawe Hospital, argued that chest x-rays on the day of Mr Caplan’s accident would be unlikely to have revealed the spinal injury, even if they had been clear.

Recording a narrative verdict the coroner added: “Everyone who treated him tried to do the very best for him.

“It was unfortunate that the original fracture was not diagnosed, nor the history of spondylitis, which may have impacted on his assessment and condition.”

Living For Today-Hope for tomorrow