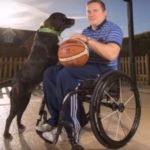 TEN years after a devastating horse racing injury left a him paralysed from the chest down, former jockey Wayne Burton revealed how discovering wheelchair basketball has transformed his life.

Mr Burton was just 24 when he was involved in a horse jumping accident at Exeter racecourse in 2008.

Having left Pewsey Vale School in 1999 to begin a career in the horse racing industry, Mr Burton was left reeling when he was told that he would never walk again.

Not only was he paralysed, but had suffered a blow to the head which caused him to lose his ability to speak.

For several months his physical injuries were pushed aside as he learnt how to form words and sentences again.

Speaking about the accident, Mr Burton, who grew up in Easton Royal and now lives in Whilestone Way, Swindon, said:“The thing I’m most proud of is recovering my speech after my accident. I could see doctors trying to talk to me and I knew they were asking questions but I had no way of communicating with them. It was incredibly frustrating and was like starting again from a baby.

I had to start with words then move on to sentences. At times I knew what I wanted to say but I couldn’t and it was so frustrating.

“During my rehab I forgot a lot about the day of the accident and what happened. One day about a year later I went back to Exeter to watch my brother ride and suddenly lots of memories came back.” 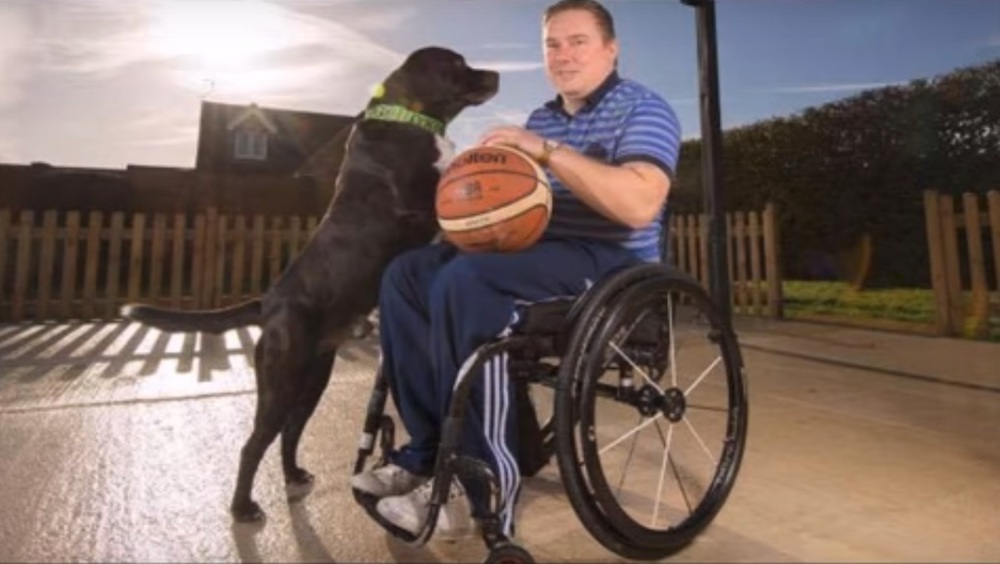 Dealing with his new life in a wheelchair was hard for Mr Burton, as he coped with other people’s changed view of him. With his racing days behind him and determined not to let himself be defined by his disability, he sought out new ways to give meaning to his life.

He went back to college to learn about computing, now designs websites and has recently launched a garden service business.

The former Pewsey vale and Marlborough football player also realised he needed to return to playing in team sports and discovered wheelchair basketball in 2012.

He said: “I spent 24 years being able to walk and people don’t realise that when they look at you in a chair.”

“I used to ask people what to do they see when they look at a photo of me. They would say they saw me and the wheel chair, but there is a whole lot more going on underneath the exterior.

“People don’t realise that just a few inches difference in a spinal cord injury can make such a difference to the story of why someone is in a wheel chair. I shifted my focus and wanted to do something with my life and realised I needed that team sport back. Wheel chair basketball has been amazing. It gave me a purpose again”

He has been playing for over five years and now captains the Thames Valley Kings team while taking part in regular competitive matches.

Now ten years on from the accident which changed his life, he is a keen supporter of the charity which helped in the beginning.

The keen fisher also hosts a charity fishing competition every year to support the Injured Jockey Fund and Racing Welfare, who assisted with his rehabilitation during the first years after the accident.

Injured athlete to get $15 million