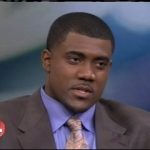 Many call it a medical miracle. Kevin Everett is walking, moving, following a devastating injury during last season’s Bills opener.

Kevin Everett, injured Bills player, “It was kind of scary just laying there. I had some negative thoughts going on in my head.”

Everett immediately thought of his family.

Kevin Everett, injured Bills player, “I couldn’t feel anything. There was a numbness all over my body. Just barely breathing. I didn’t want to accept it at the time so I tried to get up.”

He couldn’t get up. At 6’4, this chisled athlete was helpless. His life was in the hands of the team’s training and medical staff. Dr. Andy Cappuccino made the decision to introduce mild Hypothermia to aid Everett’s spinal injury.

Kevin Everett, injured Bills player, “He kept his promise to me. When I told him to do whatever he can for me when I was in the ambulance and he told me, Kevin I promised you one thing, I’ll do whatever I can for you.”

For the first time on television, we see some of Everett’s therapy. There is Kevin’s sense of humor.

Kevin Everett, “I should have played quarterback, man.”

Laughter helps. But there is also the realization life will never be the same. A simple thing like eating breakfast.

Kevin Everett, “I don’t even a hold a fork the same way I used to.”

25 years-young. Kevin everett has made peace with his life.

Kevin Everett, “I believe god has a bigger plan for me and he’s preparing me for it right now. Me understanding that I will never be as normal as I was. All I can do is strive to be the best as I can.”

Kevin Everett is going to the Super Bowl. He will be at this Sunday’s game as a guest of NFL Commissioner and WNY native Roger Goodell. At six, you’ll see and hear what Everett and the player he tried to tackle have to say.