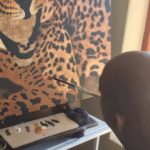 When Brenton Swartz was just 15-years-old a stray bullet struck his neck and robbed him of his ability to walk, and use his hands forever. From the pain and tragedy, Swartz found a hidden talent and a new reason to live. He began painting.

Swartz was hit in the neck by a stray bullet when a gun his brother was playing with accidentally went off. He then spent eight months in a hospital and was told he would never walk again. Just two months before this incident, his mother had passed away.

Swartz’s family were unable to provide the care he needed and had to send him to a home for the disabled. He faced many challenges but completed matric in 1998 and took college head-on. He graduated with a diploma in architectural draughtsmanship. Even though Swartz persevered to achieve the same qualifications as able-bodied individuals, he still struggled to find a permanent job. 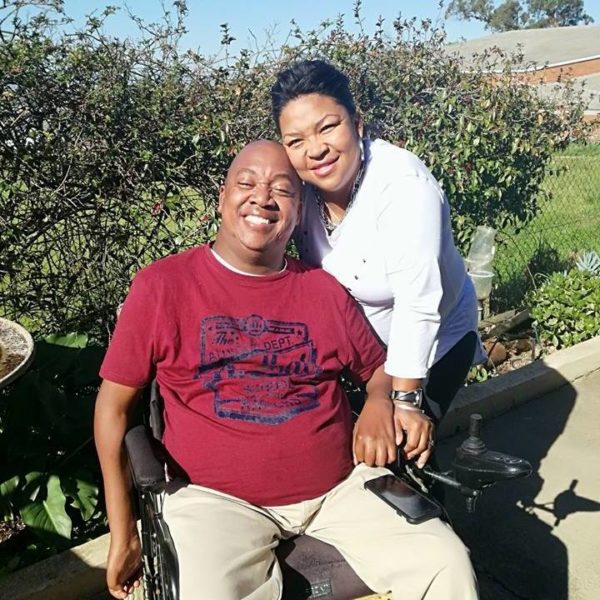 “I did sketching as a child, but never knew I would be able to paint. I started in the year 2000 when I saw some other disabled guys doing it. I had nothing to do at the time and tried it. I found it to be very enjoyable, and continued until 2003. I then went to university to study architecture, but after my studies I could not find a job so I picked up painting again in 2009,” says Swartz. 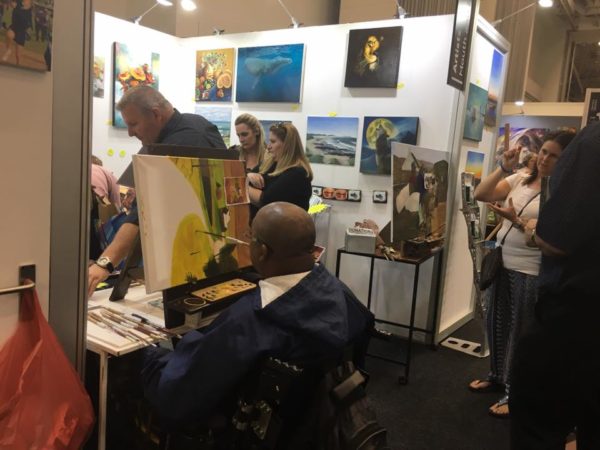 Swartz holds the brush steadily in his mouth and carefully produces light strokes on the canvas propped in front of him.

His painting style is hyper-realistic and requires careful attention to detail to bring the vivid creations to life. Painting became a way for Swartz to express himself. 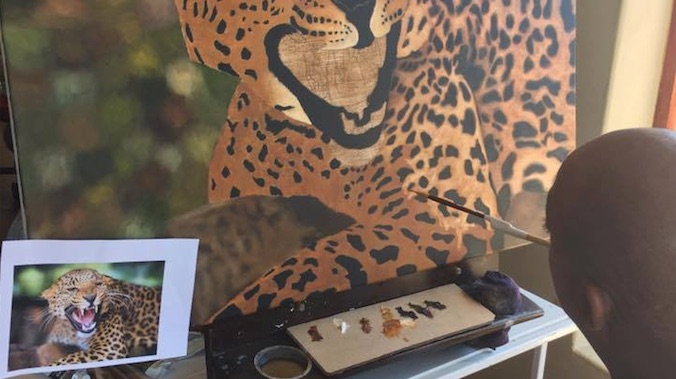 Swartz talks of his inspiration, “There are so many bad things in the world and to be able to be a positive influence in peoples lives is very rewarding. In turn this encourages me to do better. Life in itself is a blessing, so one shouldn’t waste it.”

He begins his process with a rough pencil sketch and then paints over it using an extended brush gripped in his mouth. When he first started his artistic journey it took nearly three months to create each work of art – but now Swartz can paint one in just a week.

Art lovers can purchase his works as is or in reproduced form on cards, calendars and mugs.

“If one ends up being disabled, it allows you more time to think and reflect on life. It forces you to be more patient. It brings you to the realisation of appreciating what you still have, especially when you come into contact with people who are much worse off than you. But more importantly, one should develop a faith, which gives one hope for the future. 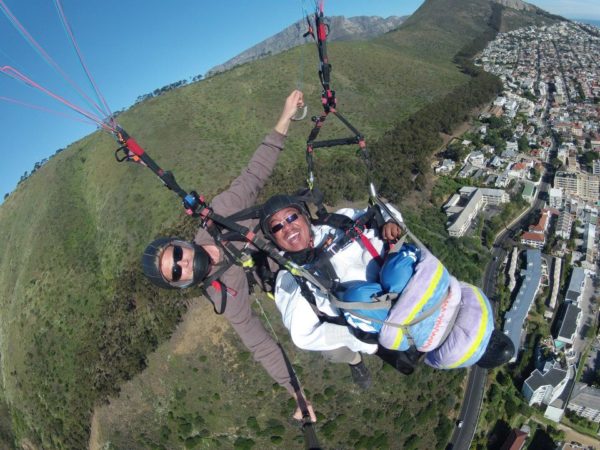 “In this day and age, there are so many possibilities out there for people with disabilities,” says Swartz.
Swartz is a true inspiration to disabled people everywhere as well as people going through difficult times. When life gives you a challenge or takes something from you, something beautiful can still arise from hardship.
At the age of 40, he continues to create his breathtaking works of art and touch the hearts of those also looking for a new reason to live.

You can help the disabled in Haiti

We All Have Disabilities, You Can Just See Mine!