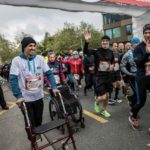 Emotions were powerful as David Mzee of Switzerland, who has been paralyzed for years due to spinal cord injury, walked across a start line in Zug at today’s global Wings for Life World Run. And the excitement stayed high until, hours later, Ivan Motorin of Russia and his compatriot Nina Zarina claimed the men’s and women’s Global Championships with 64.37 km and 53.72 km respectively. Mzee’s milestone moment was the top highlight of the sixth annual charity event where participants of all levels raise funds to find a cure for spinal cord injury. Running simultaneously, more than 120,000 registered runners and wheelchair participants covered 1,103,276 km in 323 locations across 72 countries.

Mzee has become the embodiment of what the Wings for Life World Run is all about. Fellow participants in Zug, and the millions watching live around the world, held their breath as he pushed up from his wheelchair and walked forward. Eventually, the 31-year-old covered 390 meters before being caught by the event’s iconic “Catcher Car” moving finish line, with each historic step bringing to life the real human impact of a technologically complex research breakthrough announced last fall.

When word spread that a fellow member of the same ongoing clinical trial, Gert-Jan Oskam, was also walking across the start line in his native Netherlands, the exhilaration of the runners soared even higher. One hundred percent of entry fees and donations raised by the run goes to projects supported by the Wings for Life foundation, which funds the most promising spinal cord injury research to find a cure. The 2019 edition of the Wings for Life World Run has raised over 3.5 million euros so far, with more still coming in. 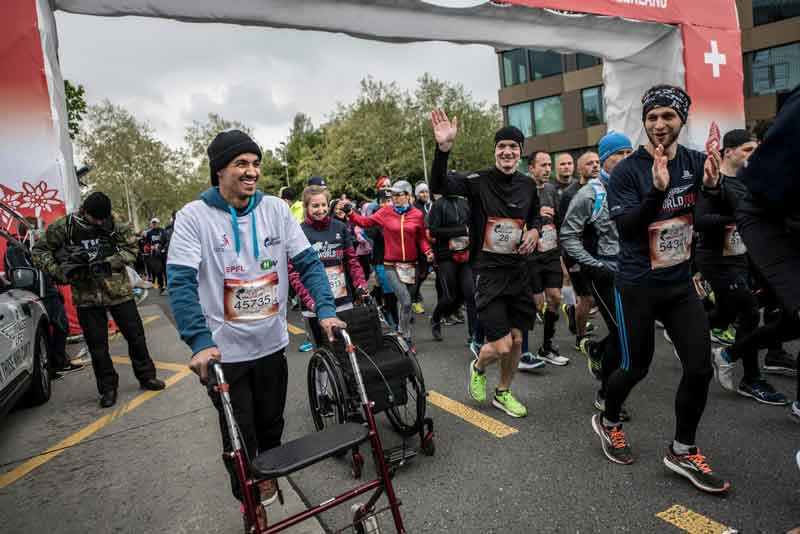 “It was overwhelming. My maximum was six minutes of walking in the clinic on smooth surfaces and without this weather, and now I did 30 minutes with five or six breaks, which is a record for me,” said Mzee, who couldn’t stop smiling even as hailstones bounced off his shoulders.“It’s exciting to see that people are touched and inspired by my story, and especially in the beginning with all the people passing by and clapping, that was breathtaking.”

The run’s simultaneous start at 11:00 am UTC saw exuberant participants of over 186 nationalities racing away from the Catcher Car, and results poured in from global locations spanning Australia to Colombia and South Africa to Kazakhstan. Anyone can join the Wings for Life World Run, participating at event locations with real Catcher Cars, or using the Wings for Life World Run App – whether at one of hundreds of Organized App Runs or individually.

The contrast in weather conditions was striking, with a surprising snowfall in Italy and temperatures nearing 35 degrees C in Mumbai, India. A new 2019 pace for the Catcher Car resulted in a nailbiter finish for the women, with the Russian Zarina, who ran in Zug, edging out 2017 Global Champion Dominika Stelmach of Poland, who ran in Rio de Janeiro, Brazil, by just 0.16 km. Running in Izmir, Turkey, Ivan Motorin made the day a sweep for Russia when he logged 64.37 km to claim his own Global Championship. 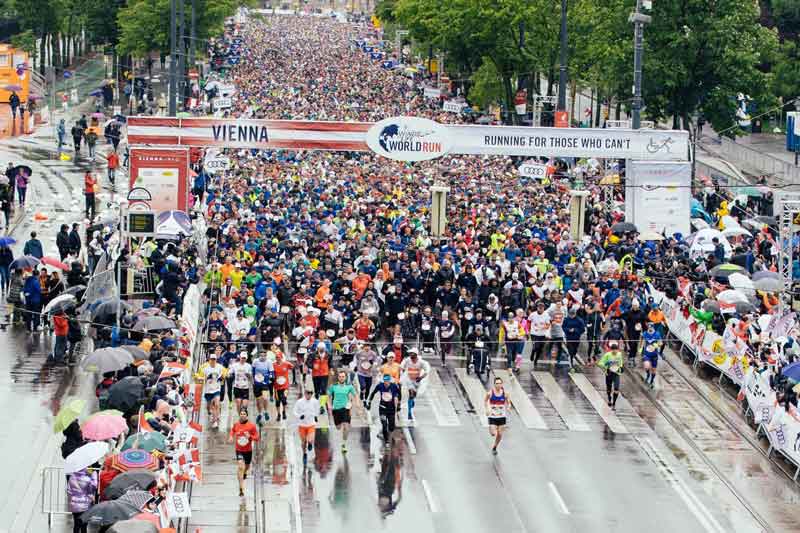 The seventh edition of the Wings for Life World Run will be held on Sunday, May 3, 2020.

100% Of The Entry Fee Goes To Spinal Cord Research

Facebook
Twitter
Email
Mix
Digg
Previous articleLiving with a Spinal Cord Injury: Neurologic Changes After Injury
Next articleSee how thousands ran for those who can’t