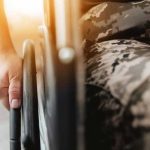 ‘These medical devices are essentially a part of a disabled person’s body,’ says US senator

Airlines in America have damaged thousands of passengers’ wheelchairs so far this year, according to new figures.

Between January and September 2019, US carriers reported having mishandled at least 7,747 chairs – an average of 29 a day.

The actual number of mishandled wheelchairs is likely to be higher, according to disability advocates, who claim many passengers don’t formally report damage to airlines or are not immediately aware that damage has been done.

These figures were originally reported by the USA Today Network as part of an ongoing project exploring how well airlines comply with American civil rights laws for travellers with disabilities.

It follows US senator Tammy Duckworth, herself an amputee who uses a wheelchair, including a provision in last year’s reauthorisation of the Federal Aviation Administration that requires airlines to track damage to wheelchairs and scooters that are in their care.

It passed, meaning that since December 2018 commercial carriers are compelled to disclose how often they check-in wheelchairs and scooters, plus how often passengers report those devices as damaged, lost, delayed or stolen, to the Department of Transportation each month.

For the first nine months of 2019, the figures show that American Airlines was the worst carrier for wheelchair users, mishandling 2,064 chairs and scooters. This is the equivalent of 3.4 per cent of all the devices it handled, far higher than the airline average of 1.6 per cent.

“We are working hard to build tools and training so that every wheelchair is returned to the passenger in great condition,” an American Airlines spokesperson told USA Today. “This data and other information are being used to develop a comprehensive plan for improving the customer experience for the long term.”

According to activists, part of the problem comes from airline staff viewing wheelchairs as objects – like luggage – rather than crucial equipment that allows disabled passengers to move independently.

“Imagine if in a single year (that many) people had their legs broken by an airline as a result of flying. The effect is the same.”

In July 2019, a disabled passenger spoke out against Emirates’ “appalling” treatment of her after the airline broke her wheelchair and failed to offer any response for almost three months.

Jen Warren, an anaesthetist and mother of two from Rugby in the West Midlands, said the carrier had “really upset” her by leaving her “in limbo” after her flight on 24 April.

“They’ve treated me absolutely appallingly,” she told The Independent. “Not only have they trashed my wheelchair, but they don’t seem to care.”

After The Independent got in touch, Emirates finally sent Ms Warren an official email offering £650 towards the cost of a new wheelchair.

A spokesperson said: “Emirates takes its responsibility for meeting the needs of our wheelchair passengers seriously and we apologise to the passenger for the time it has taken to resolve this matter. We are corresponding directly with the passenger and on 18 July shared a settlement offer with her.”

– Helen Coffey, deputy head of travel for The Independent