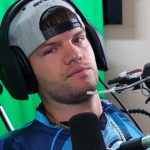 Rocky Stoutenburgh, a.k.a. RockyNoHands, has just made history yet again. The pro gamer was previously inducted into the Guinness World Records 2020 and Guinness World Records 2020 Gamer’s Edition, earning two different records in Fortnite while using a mouth-operated joystick. Now, according to a report from TheGamer, RockyNoHands has become the first quadriplegic gamer to be signed to a professional esports organization.

In an announcement made on Twitter, Rocky Stoutenburgh told his fans that he had officially signed with Luminosity Gaming. This is the same esports organization that includes gamers like Randumb and Muselk, and which recently may have signed a deal with xQc. Luminosity proudly welcomed RockyNoHands to the roster, touting his world records and his skills in Call of Duty: Warzone in the org’s own Twitter announcement.

According to TheGamer, RockyNoHands first came to the attention of Luminosity Gaming when he competed in Destructoid‘s So You Think You Can Stream talent contest. This competition saw multiple content creators and pro gamers going head to head in a series of online matches. The judges and fan votes were based on skill and style, as well as the contestants’ comfortability in front of a camera. Rocky ended up taking the victory in that competition as well. In addition to earning a $5,000 grand prize, his performance in the competition also inspired Luminosity to get in touch with him regarding a contract.

In the video announcing his signing to Luminosity, Rocky Stoutenburgh explained that his road to gaming success has been a long one. Back in 2006, Stoutenburgh took a particularly nasty fall while wrestling with a friend and suffered injuries that would change his life forever. The fall dislocated two of his thoracic vertebrate and severed his spinal cord, leaving him permanently paralyzed from the neck down. After the accident, Rocky had to come to terms with the fact that he could no longer participate in most of his former hobbies, which included playing hockey and working on automobiles. It was years before he even attempted to start playing video games again, but he did so when his brother did some research and introduced him to the QuadStick. 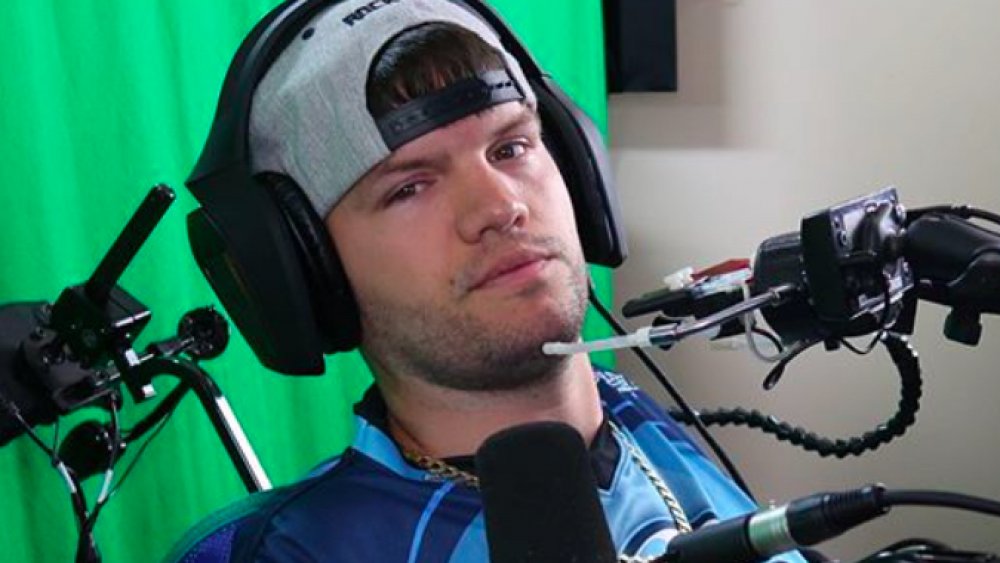 The QuadStick was designed specifically for quadriplegic gamers and can be controlled with either sipping or blowing on a series of holes on the device. As Rocky explained to PC Gamer in 2017, “There’s all kinds of different combinations; you just have to pick what button you want at that particular time. And then there’s a button underneath that you can press with your lips.”

The version of the controller he uses has a joystick that’s a bit more stiff than the basic model, but it also allows him to have a bit more control over movement in FPS games in particular. This was discovered after a bit of trial and error. Rocky told PC Gamer that the first few models of the QuadStick weren’t the most sturdy and would fall apart a lot during play. This was discouraging at first, but the brothers kept at their hobby and Rocky quickly became adept at using the QuadStick to secure victories.

Now all of that hard work and perseverance is paying off as RockyNoHands joins the roster at Luminosity. In a 2019 interview with Guinness World Records, Rocky said that he hoped his story would help others have the confidence to make their dreams come true. He said, “I think I inspire people to do something… When you see me doing something that people don’t think is possible — people start to think that maybe there is something they could do that they didn’t think is possible.”

Of his signing to Luminosity, Rocky said in the announcement video, “My biggest achievement from streaming so far is joining Luminosity Gaming and it’s been a dream of mine to join a top gaming organization like them and I couldn’t be prouder to wear the blue.”

While Fortnite and PUBG got him into the competitive scene, they haven’t been his main focus in recent months. These days, Rocky has been mostly playing Call of Duty: Warzone. In the video announcing his signing, he explained that he’s learned he’s very good at it, so he’s been pursuing getting even better. However, RockyNoHands also recently hinted via Twitter that he would be waiting until Infinity Ward fixed all of the newest glitches in Warzone before he played it again. In the meantime, he’s trying his skills at the newly-released Fall Guys.

It’s been a long journey, but the future is looking bright for RockyNoHands. The pro gamer recently told his fans on Twitter that he was looking forward to reaching “new heights” through his partnership with Luminosity.