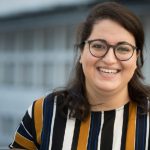 In their paper published in Neuromodulation, authors Sadaf Soloukey and colleagues from Erasmus MC, Rotterdam, The Netherlands, refer to their study as the “first of its kind” to demonstrate the potential of the DRG as a new target for reproducible and potentially weight-bearing muscle recruitment in this particular cohort of patients.

The team in Rotterdam writes that current strategies for motor recovery after SCI aim to facilitate motor performance through modulation of afferent (=sensory) input to the spinal cord using epidural electrical stimulation (EES). However, while the DRG itself represents the first relay station of these afferent inputs (neurons that receive sensory information), it has yet to be targeted for this purpose. Hence, Soloukey and colleagues set out to determine whether DRG stimulation can facilitate clinically relevant motor responses in motor complete SCI.

“In all patients, DRG-stimulation evoked significant phase 1 and phase 2 motor responses with an MRC ≥4 for all upper leg muscles,” report the authors. This led to a knee extension movement strong enough to facilitate assisted weight-bearing, they added. Moreover, the team reported that no significant differences in RMS values were observed between days one and five of the study, which indicated that motor responses were reproducible.

Delving into rationale behind their research, Soloukey et al state that SCI is “one of the most devastating” injuries to the human central nervous system, as it can lead to a multitude of problems, including loss of autonomic control, muscle atrophy, spasticity and sensory and motor impairments. According to the authors, these motor impairments originate from a disconnection between descending pathways and spinal circuits caudal (below) to the lesion, which they say deprives these circuits of synaptic input necessary for the generation and control of motor responses.

Discussing the current findings, Soloukey and colleagues highlight that DRG stimulation using the stimulators and leads available on the market for chronic pain “allowed for strong and reproducible isotonic motor responses in the upper leg muscles of patients with chronic motor complete SCI”. They maintained that these responses were enough to potentially enable weight-bearing.

The authors propose that investigating new targets such as DRG for neuromodulation in an SCI setting can be advantageous for a multitude of reasons.

First, they write that the percutaneous technique of the surgical placement of the DRG leads is considered “less invasive” than the laminectomy necessary for EES when using paddle electrodes.

According to the team, the lead-placement over the DRG in the neuroforamen also enhances the physical stability, decreasing the risk of lead migration due to postural changes as seen in EES, while remaining equally as safe as EES. Additionally, they write that the opportunity to place the lead over the DRG may also promote further spatial selectivity, as it would facilitate stimulation to each spinal level separately, which remains a challenging but essential frontier in EES.

“In the context of chronic pain, these selectivity advantages of DRG stimulation have led to superiority of the DRG in terms of clinical outcome as compared to EES,” the team surmise, adding that other animal experiments targeting the DRG for sensory feedback (so-called “microstimulation” of the DRG) have confirmed the level of selective recruitment which can be achieved.

A future for DRG stimulation

Soloukey and colleagues speculate that the most likely room for further improvement of selectivity lies in increasing the limited spatial selectivity inherent to the quadripolar DRG leads. This, they say, could “further facilitate harnessing of DRG-somatotopy using microstimulation techniques”.

With the potential advantageous aspects to DRG-stimulation in mind, it is warranted to consider future research looking into DRG stimulation as a means for regaining of standing and/or walking. The obvious trade-off of EES as compared to DRG-stimulation in this effort is the fact that multilevel DRG stimulation with spatially selective leads will have to be enabled in order to recruit all relevant muscles involved in locomotion. First of all, multiple leads will have to be implanted bilaterally which might cancel out the previously mentioned minimally invasive nature of lead placement.

Additionally, pulse generators currently available on the market will need to be adjusted to facilitate the multi-lead stimulation. Combination placements of both SCS and DRG-leads to increase recruitment selectivity in clinically relevant levels (e.g., for postural stability or bladder control), would be an additional interesting possibility to investigate.

Given the array of benefits that the modality can offer, the authors maintain that future research looking into DRG stimulation as a means for regaining of standing and/or walking is warranted. “The obvious trade-off of EES as compared to DRG-stimulation in this effort is the fact that multilevel DRG stimulation with spatially selective leads will have to be enabled in order to recruit all relevant muscles involved in locomotion,” they state.

Lastly, another avenue of investigation they allude to in the possibility of combination placements of both spinal cord stimulation and DRG-leads, which Soloukey et al say may increase recruitment selectivity in clinically relevant levels, such as postural stability or bladder control.