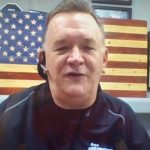 August 31, 2020 –  NASCAR legends Tony Stewart, Darrell Waltrip and Bill Elliott, current NASCAR superstar Ryan Newman, WWE wrestling champion Bill Goldberg, Kelley Earnhardt, sister of NASCAR legend Dale Earnhardt Jr. and co-owner of JR Motorsport, former MillerCoors Chairman Pete Coors, and Bass Pro Shops Founder Johnny Morris are among the high-profile athletes, celebrities, business titans and philanthropists who are spending part of their regular day in a wheelchair as part of the Darrell Gwynn Wheelchair Challenge.  The challenge, benefitting the Darrell Gwynn Chapter of The Buoniconti Fund to Cure Paralysis,  is the brainchild of Darrell Gwynn, the legendary drag racing champion who was paralyzed in a practice run 30 years ago, as a way to commemorate the 30th anniversary of both his accident and the Americans with Disabilities Act, as well as National Spinal Cord Injury Awareness Month in September.

The Wheelchair Challenge asks participants to sit in the “Hot Seat” and experience a day in the life of someone who is wheelchair bound. Each of the first group of nearly two dozen participants has agreed to donate a minimum of $10,000 to the cause, which is an initiative of the Darrell Gwynn Chapter of the Buoniconti Fund, and then challenge family members, friends, colleagues, and business associates to do the same.  All participants will document their experiences on video with the hashtags #DGWheelchairChallenge #StandUpForThoseWhoCant #TheMiamiProject #SCIAwarenessMonth #ADA30, as well as tag the organization hosting the challenge: Facebook: @cureparalysis Instagram: @TheMiamiProject and on Twitter: @BuonicontiFund.

“The Wheelchair Challenge is a unique way to honor the 30th Anniversary of the passing of the Americans with Disabilities Act and National Spinal Cord Injury Awareness Month, while raising funds to help find a cure for paralysis,” said Darrell Gwynn.  “When some of my close friends asked me how to also commemorate the 30th anniversary of my accident, I said to them, “how about sitting in the hot seat…how about spending some time in a wheelchair so that you might get a glimpse of what those of us in wheelchairs deal with day to day, while also providing support so that someday others with spinal cord injuries will be able to get out of their chairs and walk again.  Everyone I asked immediately said, Yes!”

Added Marc Buoniconti, president of the Buoniconti Fund who was, himself, paralyzed in a college football game 35 years ago, “The idea is to convey how it feels to lose, temporarily, a key function nearly everyone takes for granted – mobility and get the public at large to understand the challenges we face on a daily basis. This has been my reality for 35 years and Darrell’s for more than 30 years, and millions of others around the world live it daily.  It is our hope that this effort will get people to understand a little bit more about the challenges millions face each day.”

Considered one of the 50 greatest racers of all-time, Darrell Gwynn was a world champion drag racer in the 1980s before his devastating practice run accident resulted in his paralysis. Ironically, Darrell was an early Miami Project supporter, even before his paralyzing injury.  He proudly displayed the Miami Project logo on his car and donated a portion of his winnings after each race.  In 2015, he formally joined the team and began to focus all his efforts into his role as the Director of the Darrell Gwynn Quality of Life Chapter of the Buoniconti Fund.

The Buoniconti Fund is the fundraising arm of the Miami Project to Cure Paralysis.  Based in the Lois Pope LIFE Center at the University of Miami Miller School of Medicine, the fund was created by the now late Hall of Fame football player Nick Buoniconti after Marc’s accident to raise funds to find a cure and to provide cutting-edge treatments for spinal cord injuries.

For more information on the the Darrell Gwynn Chapter of the Buoniconti Fund’s Wheelchair Challenge, please visit here: Wheelchair Challenge. To take part in the conversation on social media, follow us on Facebook: @cureparalysis Instagram, @TheMiamiProject or on Twitter, @BuonicontiFund.