Passion, Purpose, Perspective: Travis Roy dealt with tragedy by devoting his life to helping others 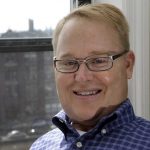 Life didn’t play out the way it was supposed to for Travis Roy. That didn’t stop him from making his time count.

Roy, a standout hockey player who grew up in Yarmouth, was just 11 seconds into a promising college hockey career when he crashed into the boards as a freshman at Boston University in 1995. He injured his spinal cord and was paralyized. His life changed in an instant, but he would spend the next 25 years inspiring and helping others.

Roy published a powerful memoir and became a passionate motivational speaker and advocate for people living with spinal cord injuries. That passion turned into philanthropy through the creation of the Travis Roy Foundation, which according to its website has helped over 2,100 quadriplegics and paraplegics while providing nearly $5 million in grants to support spinal cord injury research.

When the news spread of his death last week at the age of 45, there was an outpouring of condolences.

“It is with heavy hearts that we mourn the passing of Travis Roy. His story is the epitome of inspiration and courage, and he was a role model and a hero to so many people,” the Boston University athletic department said in a statement. “Travis’ work and dedication towards helping fellow spinal cord-injury survivors is nothing short of amazing. His legacy will last forever, not just within the Boston University community, but with the countless lives he has impacted across the country.”

Denna Laing, a former professional hockey player who played for the Boston Pride in the National Women’s Hockey League until she suffered a severe spinal cord injury during a game in 2015, tweeted her thanks to Roy.

“Travis did so many little things and big things for so many people,” Laing said last week. “This is gutting, really truly sad.”

With the help of former NHL player Bobby Carpenter, Laing completed the Boston Marathon in 2017 and raised more than $80,000 to help people with spinal cord injuries in the process.

In 2015, the Boston Bruins signed Roy to a one-day contract and donated $50,000 to the Travis Roy Foundation to honor him 20 years after he was paralyized.

“Travis Roy was the ultimate symbol of determination and courage,” Bruins President Cam Neely said in an Oct. 29 statement. “The impact that Travis had on the New England hockey community is immeasurable, and his relentless advocacy for spinal cord research was inspiring.”

Former Team USA captain Mike Eruzione told the Associated Press that Roy’s injury was “so sad for so many reasons” in how it changed his life.

“But what he did with it afterward was incredible,” Eruzione added. “Such an inspiration. He could have folded the tent. He could have said, ‘This is it.’ But he chose another path in his life, and he raised millions of dollars.”

Recognition came from outside the hockey world, too.

Former Rutgers University football player Eric LeGrand, who was paralyzed during a game in 2010 while making a tackle, also memorialized Roy on Twitter.

“RIP Travis Roy, I will continue our mission down here to try to find a cure for paralysis,” LeGrand said. “Much love to you.”

Despite having different backgrounds and playing different sports, LeGrand and Roy shared a similar focus after their injuries. LeGrand too has marshalled energy and resources toward spinal cord injury research.

The outpouring of love and gratitude for Roy has been tremendous. There have been no shortage of tributes to him and to the impact he had on those around him. But among all the things that have been said about him, it’s some of the things said by him that really hit home.

“I like to say the first 20 years I had a life that was full of passion and the last 20 I’ve had a life full of purpose,” Roy told the Associated Press several years ago. “The dream is to have both at the same time, but I’m fortunate. I’ll take either one.”

May we all be so fortunate to have that passion, that purpose, and that perspective about life.

by The BDN Editorial Board

The BDN Editorial Board operates independently from the newsroom, and does not set policies or contribute to reporting or editing articles elsewhere in the newspaper or on bangordailynews.com.