How humans, monkeys recover from paralysis 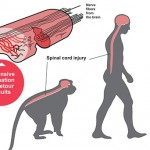 The neuronal mechanisms underlying this extensive recovery in primates are nearly absent in laboratory rats, researchers said. “Research on rats is essential for developing regenerative therapies, but rodents show fundamental differences from primates in terms of neuronal reorganisation and functional recovery,” say researchers. 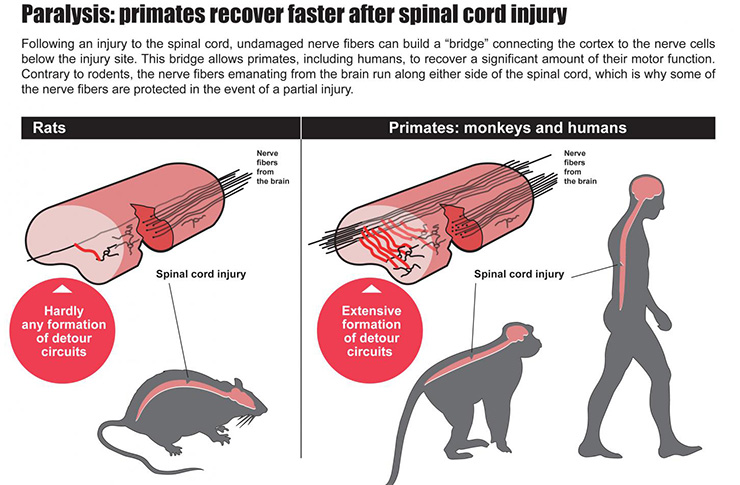 The reason fovr this lies in differences in anatomy and function of the corticospinal tract, which are the fibres through which the cortex communicates with the spinal cord. In rats, the corticospinal tract is mainly located in the dorsal column and is restricted to one side of the spinal cord, whereas in monkeys and humans this pathway migrated to the lateral column, which expanded in size, and became bilateral.

The identification of this primate-specific mechanism of recovery has major implications for future research to design therapies to repair the human spinal cord, scientists said.