The Brave Ability Of Joni Tada 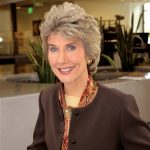 One man’s trash is another man’s treasure. Especially when it’s a discarded wheelchair.

Tens of thousands of disabled people in developing countries enjoy the dignity of moving about in rehabilitated wheelchairs, thanks to Joni Eareckson Tada.

The minister and disability-rights advocate has touched countless lives with her wheelchair project.

But she might never have had such an impact had it not been for one fateful summer day in 1967.

Just 17, she dived off a raft in Maryland’s Chesapeake Bay and fractured her spinal cord, paralyzing herself from the neck down.

Her sister pulled her out right before she nearly drowned. “I was rescued, but only by the skin of my teeth,” Tada, 61, said on her TV show, “Joni & Friends,” which in 2007 re-enacted the accident.

Back From The Brink

Writhing in pain, despair and depression, she begged her friends to help her commit suicide. “I just wanted to die,” she told IBD. “But I saw so many people who were suffering far greater disabling injuries than I and I thought, ‘You know, they put me to shame and if they can face life head-on, so should I.'”
Tada’s Keys

* Founder of Joni & Friends International Disability Center, which trains and mentors disabled people and their friends and family through churches, college classes, retreats and camps.
* “If I receive any blessing from God, I better quickly, like a hot potato, pass it on to the next person.”

While in rehabilitation for two years, Tada learned how to paint by holding a brush in her mouth. The paintings and prints are highly sought after and collected.

If anything good came out of the accident, it’s that Tada’s values were turned “right side up,” as she puts it. She began to see what mattered most were her relationships.

She says the injury taught her patience, endurance, tolerance, self-control, perseverance and sensitivity. Instead of seeing her wheelchair as a symbol of alienation and confinement, she saw it as a means of freedom and mobility.

So she dedicated herself to being a minister and advocate for the disabled. Presidents Ronald Reagan and George H.W. Bush were so impressed, they appointed her to the former National Council on the Handicapped. Tada responded by helping the group, now called the National Council on Disability, spearhead the passage of the Americans With Disabilities Act in 1990.

In 2007, she was appointed to the State Department’s Disability Advisory, which she served through the end of the administration’s term.

Tada’s work has taken her far — with the Lausanne Committee for World Evangelization, the American Leprosy Mission, the National Institute on Learning Disabilities, the Christian Writers’ Guild and the Christian Medical & Dental Society.

She founded Joni & Friends, a Christian ministry dedicated to working with the disabled community, in 1979. In 2006 it became the Joni & Friends International Disability Center, headquartered in Agoura Hills, Calif. It has 21 regional offices that work with churches to provide a spiritual and financial boost.

Funded by donations from individuals, churches and foundations, the ministry trains and mentors paralyzed people. Among its many programs, it holds weeklong retreats for families to teach them how to deal with disability issues.

Tada’s devoutness is steadfast, says Lorraine Mazza, Joni & Friends’ managing director of development. “To see her faith in action has changed my life,” said Mazza, who has known Tada for 11 years. “It has strengthened my belief in my faith. I think I do a better job. I think I am a better leader to my own staff just because of those years and the consistency of faith that she has.”

In 1994, Tada created the Wheels for the World program, which collects wheelchairs and donates them to needy people around the world, mainly in developing countries.

It partners with churches, which hold drives to collect wheelchairs that are shipped to 17 prisons across America. Inmates salvage parts and rebuild them into new chairs.

Volunteers, who pay their own way, travel abroad and custom-fit the chairs for each recipient. The process ends up costing Tada’s outfit $150 per chair.

This month, volunteer teams are traveling to Egypt, Jordan and Peru to give out wheelchairs. In 16 years, Wheels for the World has collected over 112,000 chairs and given out nearly 65,000 in 105 countries.

In 2009, Tada’s team contracted with the prison in Taft, Calif., to build state-of-the-art pediatric wheelchairs for $220 apiece. The adjustable chairs can be used by a growing child for five years. Her program has given out 400 such wheelchairs this year and aims to give 650 in 13 countries next year.

In 2008, Tada’s ministry started Wounded Warriors Family Getaway, which helps injured soldiers and their families cope with “the physical, emotional and financial consequences of a sudden disability,” says JoniandFriends.org.

Tada has written 46 books, including her best-selling autobiography, “Joni.” It became a movie that was dubbed in 15 languages.

Since 1982, she’s hosted a daily Christian radio program heard in 45 countries on 1,000 stations. In 2002 it was honored as the Radio Program of the Year by the National Religious Broadcasters.

As for “Joni & Friends,” the TV show has aired for two seasons in 84 countries.

Tada’s work has engendered seven honorary degrees, including the first from Columbia International University, a Bible college in South Carolina.

As Tada fights for others’ well-being, she also battles for her own.

This past June she was diagnosed with breast cancer. She had a mastectomy to remove a three-inch tumor and has had four rounds of chemotherapy. She’s now waiting for the next phase of treatment.

“Being a quadriplegic for 43 years and dealing with chronic pain and just having finished chemotherapy for stage three breast cancer, I sometimes wake up and I’m overwhelmed,” said Tada, who lives in Calabasas, Calif. “Sometimes I just feel like throwing in the towel. Those are the moments that I quickly hold fast to the grace of God.”

The Desire: A quadriplegic makes a film on his ‘feeling, emotion’