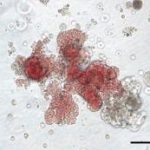 “In this study, we applied very cutting edge proteomic technologies to look at all the proteins or a very large percentage of them (in both types of cells) and we compared many cell lines, and what we found was that the protein levels are very similar in the two cell types,” said lead researcher Josh Coon, an associate professor of chemistry and biomolecular chemistry at the University of Wisconsin-Madison, as quoted by Medical News Today.

Researchers compared the proteins present in embryonic stem cells and human IPS cells. The study, published online in the journal Nature Methods, is the first to measure the two cells’ proteins, which are molecules responsible for most of the biological functions.

“This study is the first comprehensive comparison of proteins in the two stem cell types,” said Doug Phanstiel, who is currently at Stanford University, according to Medical News Today.

Researchers found there is a one percent difference between embryonic stem cells and human IPS cells. The study’s authors wrote, “These differences do not appear to appreciably alter cellular function in the pluripotent state,” as quoted by LifeNews.

Stem cells can develop into any type of cells in the body, and can be used to replace damaged or sick cells in a patient with an injury or degenerative disease. Stem cell research is critical to the development of cures for many ailments such as, Parkinson’s disease and spinal cord injuries.