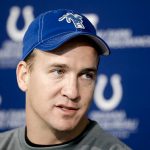 Peyton Manning’s trip to Europe to receive stem cell therapy on his ailing neck is the latest attempt by an elite athlete seeking to expedite recovery from injury using a controversial medical procedure.

A Fox Sports report Sunday detailed how the Colts quarterback and four-time league MVP sought the stem cell therapy after two surgeries on his neck did not help address a painful bulging disk. He had another surgery recently, the third in 19 months, and it’s unclear if Manning will be healthy enough to play this season.

While the NFL does not prohibit stem cell therapy – “unless a banned substance is used as part of the procedure,” said an NFL spokesman – the treatment is not approved in the U.S., and it is still very much a developing science.

A California biotechnology company, Geron, has received FDA approval to conduct clinical trials of embryonic stem cell therapy on humans with spinal cord injuries. And Dr. Barth Green, who founded the Miami Project to Cure Paralysis, says his center is in the final stages of getting FDA approval to treat spinal cord injuries with Schwann cells – adult, peripheral nerve cells that help with regeneration. But athletes such as Manning and Yankees pitcher Bartolo Colon aren’t waiting around for approvals, and sports medicine procedures such as stem cell and the wildly popular platelet-rich plasma therapies are booming as a result of athletes seeking quick remedies to return to competition.

Stem cell and PRP therapies are sparking debate among doctors about their efficacy and whether or not introducing substances such as human growth hormone into either procedure will improve the results. Even more daunting for the war on doping in sports is whether the treatments cross the line between healing injuries and enhancing performance.

“It’s a dicey issue,” says Dr. Ken Mautner, a sports medicine physician at Emory University. Mautner has been using PRP therapy for three years, but says he has never used HGH on his patients. “When you’re dealing with pro athletes, you can’t use (HGH) in any capacity. But with the regenerative type of medicine, I think that’s where the whole sports field may be going.”

“People go all around the world to get stem cell treatment for arthritis, degenerative disk, hair loss, and think that is the answer,” says Green. “The best treatment for a bulging disk is surgery and physical therapy. Usually a patient can recover in about three months.”

Colon, 38, received stem cell treatment on his pitching shoulder and elbow last year, and has had a career renaissance this season after missing all of 2010.

Dr. Joseph Purita, who treated Colon, says he never used HGH or any performance-enhancing drugs on Colon, but the Boca Raton, Fla.-based doctor does advocate HGH use for non-athlete patients. And Purita says that if HGH is used in conjunction with stem cell procedures or PRP, the recovery and healing process is more effective.

In the procedure performed on Colon, Purita took stem cells from the pitcher’s fat and bone marrow and then injected them into Colon’s injured right elbow and .shoulder. The procedure was done in Colon’s native Dominican Republic at Colon’s request, but Purita says it is not illegal to perform stem cell treatment in the U.S.

Purita says he is not violating Florida statutes using HGH, and says he paid thousands of dollars for a legal opinion that supports his use of it. But federal law limits its use to a handful of conditions – including pituitary deficiencies and AIDS wasting.

Purita was interviewed by MLB investigators after a New York Times report earlier this year detailed Colon’s treatment, but Purita says the investigators only wanted to know whether or not he had used performance-enhancing drugs during the procedure.

“I answered everything,” Purita says. “I told them I didn’t use HGH with Colon.”

Because HGH is banned by the World Anti-Doping Agency, Major League Baseball, the NFL and other professional sports leagues, athletes who want to use it run the risk of testing positive and receiving a ban from their sport. But athletes could seek a therapeutic use exemption (TUE) to avoid doping hurdles. It’s not impossible to imagine a spike in TUEs for growth hormone given the appeal of PRP therapy (golfer Tiger Woods, Steelers wide receiver Hines Ward and Mets shortstop Jose Reyes have had the treatment) and the potential of stem cell treatment, especially if physicians tout the benefits of adding HGH with those procedures. But because of the limited number of medical conditions for which HGH is an accepted form of treatment, it would be a longshot for such a TUE to be granted.

“Look, any substance on the WADA banned list – if you meet the internationally accepted standard for TUEs, you can have one,” says Travis Tygart, the CEO of the United States Anti-Doping Agency. “Certainly people have flat-out applied for HGH. A couple of TUEs (for HGH) have been granted.”

Tygart says in one instance, the athlete had a growth deficiency. Since 2008, when MLB began making public the number of TUEs it grants, there has not been an instance where a major leaguer has been approved to use HGH through an exemption.

“I know testosterone has been granted for TUEs,” Tygart continues. “You can’t answer it blanket for every case. Certainly a high-level scrutiny and skepticism will come up with someone seeking to use HGH. We’ve seen athletes trying to disguise sophisticated doping in that fashion, particularly when they try to get a TUE after they’ve had a positive test.”

Olympic athletes are tested for HGH, and baseball conducts blood tests for the drug in the minor leagues (urine tests are ineffective in detecting it). The NFL was set to screen players for HGH this season, after the league’s union agreed in principle to implement blood testing when the new collective bargaining agreement was finalized. But the union has not signed off on the test, citing problems with the efficacy of the blood test. League and NFL union representatives clashed with WADA officials in Montreal in August over the reliability of the blood test. The NFL’s 2010 drug policy remains in effect, and the HGH testing issue is in limbo.

At a Sept. 9 North American Platelet-Rich Plasma symposium in Toronto, dozens of physicians from the U.S. and Canada gathered to discuss and debate the advances, effectiveness and science of PRP therapy, but HGH was also a frequent topic of conversation.

“I saw incredible science behind what we’re doing and I think PRP is the greatest advance in sports medicine since the MRI (magnetic resonance imaging),” says Dr. Lewis Maharam, the past president of the New York chapter of the American College of Sports Medicine, who attended the Toronto event. “But there are studies that support that HGH exponentially increases the potential of PRP’s usefulness and healing power.”