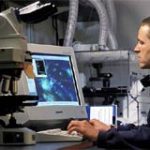 Recent news that Geron has abruptly pulled out of the embryonic stem cell (ESC) business, after having just begun the only human clinical trials with ESC’s, has been met with deserved rejoicing by the pro-life community. While it certainly is a blow to the ESC movement, it doesn’t necessarily signal the impending implosion of the ESC industry.

Not by a long shot.

While ESC’s are on the ropes, adult stem cells (ASC’s) are being declared the winner in some enthusiastic quarters. This, too, may be a bit premature.

What makes adult stem cell (ASC) therapy so very appealing, compared to ESC’s, is that they are not only free of their embryonic counterpart’s ethical baggage, but that they are for the most part an autologous therapy–being taken from one part of the patient’s body and transferred to another. Being thus free of the tissue compatibility/rejection dimensionality that comes from using cells from another human, ASC’s are the much safer alternative, with scores of clinical applications in use globally.

Paradoxically, the strength of ASC’s autologous nature is also their great difficulty from a business perspective, and one of the main reasons that ESC’s are being pursued by industry. ESC’s are taken from embryos that are destroyed in the process, with the hopes that the biotech company can patent a successful line of cells and perpetuate that line of cells indefinitely in the laboratory. With a perpetually growing and dividing line of cells, it is thought, therapy will be less expensive than the more labor-intensive process of retrieval and processing of the patient’s own cells.

That’s a powerful business model for modern day gold prospectors, and one that will keep ESC’s in the game for quite some time to come. Public support is fueled by politicians like former U.S. Senator and Vice-Presidential candidate, John Edwards, who famously thundered from the campaign trail,

To be fair to Edwards, it takes a great deal of vision and intestinal fortitude to pursue stem cell therapy of either stripe. It takes bold visionaries with charismatic leadership styles to rally donors and benefactors to underwrite such a vision. Had Edwards qualified his remarks, he wouldn’t have draw the fire that ensued. So here is that qualification.

To date, Geron’s limited human trial with ESC’s to treat spinal cord injury has not resulted in people getting up and walking, or any other demonstrable recovery of function in paralytics.

In Portugal, Dr. Carlos Lima has had some successes in taking ASC’s from the base of the patient’s brain and transferring them to the site of injury in the spinal cord (olfactory mucosa autografts) and actually getting people walking with various degrees of success. To learn more about this from the Journal of Spinal Cord Medicine, click here.

Where ASC’s stand in spinal cord injury may be likened to the Wright brothers at Kitty Hawk. Yes, we have modest sustained flight for the first time in human history. But we need to get to the level of Charles Linbergh’s trans-Atlantic flight.

That will take some doing.

There were several generations of technology that had to be born, each begetting the next, before the promise of Kitty Hawk became the reality of trans-Atlantic flight. ASC’s and spinal cord injury are on their way, while the ESC fleet remains grounded. It may well be that in time ESC’s will emerge as successful therapies. When that day comes, the therapies will have been built through the abrupt ending of millions of human lives in their embryonic stage of development.

Edwards may yet be proven correct, but such success will come at a terrible price that we will all pay at the civilizational level. To achieve that success will require the deadening of moral sensibilities to accept such high-tech cannibalism: civilization literally consuming their young.