Stem cells – where are we now? 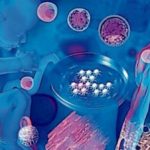 In theory harnessing them could open up new therapies for a range of medical conditions. In practice it’s a complex field, strewn with technical and, in some cases, ethical difficulties, but progress is being made, a small number of clinical applications have already been proved and more clinical trials are under way.

But first, in any discussion of stem cells there’s an important set of distinctions to make. Not all stem cells are the same – and how they are classified depends on where they came from.

The most adaptable – and ethically contentious – are stem cells derived from early-stage embryos. These embryonic stem cells have the potential to develop into over 200 cell types, so in theory they could offer the most latitude for developing cells for therapies.

Meanwhile, stem cells derived from non-embryonic tissues, such as bone marrow, eye tissue and even fat, have a more restricted ability to turn into other cell types. These adult stem cells play a role in established human therapies such as bone-marrow transplants, and clinical trials for many other applications are underway.

Yet another type of stem cell burst on to the scene in 2006 – one made in the lab by taking cells from an adult tissue, such as skin, and “rebooting” them so they act like embryonic stem cells.

On paper these “induced pluripotent stem cells”, or iPS cells, seem to overcome the ethical hurdles of embryonic stem cells, but recent studies suggest that iPS cells seem to retain a type of cellular baggage or memory, so they may not be such a hot ticket for developing therapies after all.

A keenly watched area is the move into clinical trials of therapies that involve human embryonic stem cells, and one of the first was run by biotech company Geron.

The US trial recruited patients with spinal cord injury but last November the company discontinued it, announcing they were narrowing their focus of therapies in the “current environment of capital scarcity and uncertain economic conditions”.

Another US company, Advanced Cell Technology, is continuing its early clinical trials involving embryonic stem cells, including one scheduled to launch this spring in Britain.

That trial is taking human embryonic stem cells and directing them to become retinal pigment epithelium (RPE) cells normally found in the eye. Those RPE cells will be injected into 12 patients with a form of inherited degenerative blindness called Stargardt disease.

The early-stage trial is, above all, looking at the safety of using the approach, explains researcher Robin Ali, professor of human molecular genetics at University College London’s Institute of Ophthalmology.

“It’s a phase-one study that is really looking to see whether there are safety issues, whether we can inject the cells and whether cells survive,” he says.

The hope is that the study, on which Ali’s colleague Prof James Bainbridge is chief investigator, will inform future approaches.

“It is exciting because we are moving from basic studies in animals into a clinical arena now,” says Ali, who is also associate director of research at Fighting Blindness Ireland. “These are experiments in people that are going to give us really useful information which will speed up the development of these therapies. It’s a landmark that we have been able to move it into this phase.”

But while Ali describes it as being “not particularly difficult” to work with embryonic stem cells in the UK, Ireland has a different landscape.

“There is a legal vacuum surrounding embryonic stem cell research in Ireland,” says Dr Stephen Sullivan, chief scientific officer with the Irish Stem Cell Foundation, which seeks to accelerate stem cell research. “There is no law supporting or prohibiting this kind of research, which is the worst of all situations for all concerned.”

He argues that Ireland’s inability to legislate in this area deters inward investment: “We hope the legislation is introduced and that this challenge to the researchers is removed.”

Sullivan points out that embryonic and induced pluripotent stem cells may be of benefit for modelling disease and screening drugs.

“This may well be where the big strides come in 2012,” he says. So what about adult stem cells? “They are very much at the frontier of translational research in stem cell therapy right now,” says Prof Frank Barry, director of the National Centre for Biomedical Engineering Science and professor of cellular therapy NUI Galway. “A large number of clinical trials have either concluded or are underway using adult stem cells.”

Some centres around the world market clinically unproven adult stem cell therapies to patients and Prof Barry stresses the need for properly conducted trials, which are there to protect.

“There’s a very well described protocol of clinical trial investigation that has to be adhered to. In most of the world it is a well regulated process and everything is scrutinised very sharply.”

Approval is only given to do these trials when there is a significant body of data derived from animal or preclinical studies that suggest that it’s the right thing to do.”

Prof Barry has recently been named as the recipient of the 2012 Marshall R Urist Award for Excellence in Tissue Regeneration Research, and this is the first time the award will go a scientist working outside of the US.

His own research looks at the use of adult stem cells in arthritic joint models, and the team in Galway is working on a device for the delivery of stem cells into the knee.

In Dublin City University researchers are also working with adult stem cells, using them to grow cells in the lab that could ultimately help patients with damage to the cornea, the clear “pane” into the eye.

Prof Martin Clynes, professor of biotechnology at DCU and director of the National Institute of Cellular Biotechnology, notes that the practical applications of stem cells have so far been with adult stem cells.

“The easiest stem cell therapies are going to be with stem cells that are already quite committed, like adult stem cells,” he says. “There’s a shorter pathway . . . and there are fewer wrong roads that a cell can take.”

He outlines the technical and ethical difficulties of working with human embryonic stem cells, which he sees as being two separate issues.

“The technical hurdle, which would apply to embryonic stem cells and also iPS cells, is that these are very poorly differentiated cells, they are very early stage and they have the potential to go in a lot of different directions,” says Prof Clynes.

“That also means that they are hard to control. To get them to do what you you want is difficult, especially to get them all to do what you want. It’s one thing to get a nice beating heart cell in a culture dish that looks great down a microscope but if it is only one in 1,000 it’s not much good for a therapy.”

However on a scientific level he does not write off the potential for approaches involving embryonic stem cells.

“I think you could say the hype at the beginning about was very much oversold. There were expectations that these would cure all diseases very quickly and I think there’s a long road to that. Equally I don’t think you can say just because they haven’t cured anything yet that they never will. It will be interesting to see what happens with these clinical trials both in terms of efficacy and safety.”

The ethical hurdles are also there with human embryonic stem cells, adds Prof Clynes. “It comes fundamentally to the question: is anything that is technologically possible acceptable if it cures a disease – and I’d say not,” he says.

“Maybe some people object to the destruction of embryos from a religious point of view but I object to it from a basic scientific point of view – to me, the scientific evidence is that the early embryo is a human individual and therefore to destroy that is the same as to destroy anybody else. That is not acceptable – for me you are crossing a very fundamental ethical barrier there, however interesting or useful the cells might be.”

He expects to see progress in the area of stem cells, but cautions it will probably not be quick.

“We will learn a little bit more about development, we will be able to do things better,” he says. “I’d be surprised to see the changes that were promised with the embryonic stem cells, that suddenly there will be a cure for Parkinson’s overnight. I think it’s going to be slow steady progress.”

Business as usual, despite ruling

IN OCTOBER 2011, the European Court of Justice ruled to ban patents on procedures that involve the destruction of human embryos at any stage.

Numerous scientists expressed their horror at the ruling, which arose from a case involving Greenpeace and German neuroscientist Oliver Brüstle.

The press quoted Brüstle describing it as “an unbelievable setback for biomedical stem cell research”.

But Chris Mason, professor of regenerative medicine bioprocessing at University College London, reckons that the ruling is not such a disaster.

A clinician and scientist who sits on scientific advisory boards for a number of companies, he is interested in the clinical translation, manufacturing and commercialisation of stem cells.

“This ruling stops you patenting the starting material, in this case the embryonic stem cells that you could then go on to make therapies from,” explains Mason.

That in itself is not a problem, he argues. “Many industries are based on materials which are not patentable; Coca Cola uses sugar as the basic material. Then make your money by the process of manufacturing – in our case making therapies and the associated equipment and infrastructures.”

While some scientists were initially vocal in their opposition to the ruling, that was a “knee-jerk reaction” according to Prof Mason.

“It doesn’t impact on the research in any way. Period,” he says, noting that companies were publicly quiet on the matter.

“This is a global market and if you are developing a therapy in the UK it would be nice to have an EU patent but you will certainly have a Japanese, a US and ‘everywhere else’ patent.

“It’s really one big global market, that is what we are looking to capture. So the fact that you can’t patent in Europe is neither here nor there. It’s business as usual.”

Cheerleading Is Leading Cause Of Catastrophic Injury In Young Women