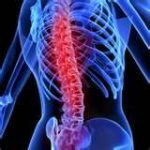 Stem cells are young cells that can divide and differentiate in various cell lines. There are embryonic stem cells, that are extracted from the blastocyst, an embryo formation stage, and adult stem cells that are found in different parts of the body. Depending on the potency, stem cells are classified in totipotent cells, pluripotent, multipotent and unipotente. Lately there has been a great stir in the medical world for stem cell therapy because it is believed it can cure various diseases that, currently, are considered incurable. Stem cell therapy has applications in several medical areas. The best known example is the use of stem cell therapy in bone marrow transplants in diseases like lymphoma. Also, stem cells are used in the treatment of neurodegenerative diseases such as Alzheimer’s, Parkinson’s or heart disease.

Studies on the use of neural stem cells have been made and there are continuing research. It is a hope not only for patients with spinal cord injuries but also patients suffering from stroke or other neural diseases.

Rescue researchers were able to differentiate human neural precursor-derived astrocytes that have a role in axonal growth on collagen scaffolds. Researchers have focused on cell differentiation. They tried to guide stem cells to a specific cell line using viral vectors. With these viral vectors researchers transferred transcription factors that lead to the formation of a certain cell lines. Furthermore, researchers were able to develop a new viral vector that can be used in clinical practice. Although other studies and research must be made, Rescue scientists have made significant progress in the treatment of spinal cord injuries.