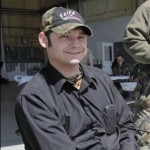 Tony Nickolite was 26 when his life changed forever.

The Sylvania Township man was living on his own in Nebraska, going to school, working, and helping raise a young daughter when he was thrown out of his vehicle during a rollover crash. The impact left him paralyzed from the waist down.

Three years later, he has moved in with his parents and spends most of his time in a wheelchair. What he finds he needs most, he said, is someone to understand and a place to give him hope.

“What I want to see is a facility where I can get up and do something,” said Mr. Nickolite, now 29. “Honestly, I’ve been sitting around for months.”

His wish is shared by a number of Toledo-area families who long for a local center where people with spinal-cord injuries can receive specialized rehabilitation for which they now must travel out of town as well as the help and support they only can get from each other.

Michael McCloskey is among those who believe in the idea and hope to become a part of it.

More than three years after Mr. McCloskey was paralyzed from the waist down when he was shot in the back by an Ottawa Hills police officer during a traffic stop, he battles the pain of having his spinal cord severed, a portion of the bullet still lodged inside.

“People want to know how Michael is doing. Well, the reality is that this is what Michael needs,” said his mother, Darlene Thorne. “I’m crying out to Toledo to just make this happen. It’s not just for my son, Michael, but it’s for all these people.”

Mr. McCloskey said in a recent phone interview that he received incredible care and compassion at the various local hospitals where he spent time at in the years since the shooting. At each one, he said, he voiced his thoughts on the need for specialized rehab.

“It’s very difficult to get any kind of spinal rehabilitation in Toledo. There are various machines available, but they aren’t in Toledo,” he said. “I speak my mind everywhere I go and during each of the hospital stays. Everyone says the same thing; everyone wants to help, but what are you going to do? It takes money.”

Leslie Vassar, rehab therapy coordinator for ProMedica at Flower Hospital, said a lot is involved in starting a program, beginning with having enough patients to warrant it.

“We don’t see as big a volume as some of the places like [Rehabilitation Institute of Michigan in Detroit], so we just don’t have all the specialized equipment and specialized training that they may have up there,” she said. “Once we get people to the point where we feel we’ve gotten them as far as we can, we do refer them out.”

Sarah Velliquette, a spokesman for Mercy, said its hospitals provide basic rehab services but refer patients to the University of Michigan’s Spinal Cord Injury Rehabilitation Program in Ann Arbor, among others, for more specialized services.

The University of Toledo Medical Center, which treats 20 to 30 spinal-cord-injury patients a year — the most in the area — provides “all conventionally accepted treatments” but does not offer experimental therapies, such as external powered prosthesis and functional stimulation, said Dr. Jeffrey Gold, chancellor and executive vice president for biosciences and health affairs.

It is for some of those nontraditional therapies that Stevie Beale, paralyzed in a 2006 crash in Bedford Township, travels to Detroit three times a week for intensive three-hour therapy sessions at the Center for Spinal Cord Injury Recovery at the Rehabilitation Institute of Michigan, a part of Detroit Medical Center.

The eight-year-old center grew out of patients’ requests for more services, said Cheryl Angelelli, a spokesman for the center.

“It really was an outcry from patients who weren’t satisfied with going home and [hearing], ‘This is as good as it’s going to get, adapt and live your life,’ ” Ms. Angelelli said.

Because a great majority of patients suffer spinal-cord injuries between the ages of 18 to 35, she said, “They have a long life to live and they want alternatives and options. They’re not satisfied with the status quo.”

They work on walking, either with braces or a high-tech robot that steps for them. They work on core strengthening and undergo electrical stimulation of unused muscles.

“If the patient is paralyzed from the waist down, a traditional program would work on strengthening their arms and their balance,” she said. “We go beyond that and address the functioning in their legs and try to do activities that will carry over below that level. That’s really a different school of thought.”

Patients have different goals, she said, although many want to prevent muscle atrophy or bone fusion by keeping those muscles stimulated. Their hope is to be physically ready when science finds the breakthrough that would enable them to walk again.

Sheryl Beale said her daughter Stevie works hard at her rehabilitation and hopes to walk down the aisle at her upcoming wedding. Mrs. Beale would like to see others with spinal-cord injuries share her daughter’s hope.

Ms. Beale said there are at least five pieces of equipment costing less than $20,000 that would be beneficial to those in the community with spinal-cord injuries. The intense rehabilitation makes a difference. “You can definitely see the hope they feel restored,” Ms. Beale said.

For his part, Mr. McCloskey, who was 24 when he was shot, said he lives each day in incredible pain but he maintains his faith and stays positive. Recently, he traveled to Africa to participate in a safari hunt — a donated trip that reminded him of his former self.

Now living on his own in Holland with a newly purchased wheelchair that helps him stand so he can hold his girlfriend in his arms, Mr. McCloskey said he continues to strive for improvement. And one day, he said, he will walk.

“I want to see this happen, I want to see advanced treatment for spinal-cord injuries in Toledo,” he said. “I believe 100 percent that I will walk again and the timing will be perfect. But you have to be ready for it. You got to be ready to go when it’s time.”