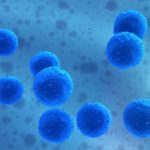 Scientists have used a special cell to regenerate damaged parts of dogs’ spines. Researchers are cautiously excited about these results which could potentially have a future role in the treatment of human patients with similar spinal injuries.

For many years, scientists have been aware that olfactory ensheathing cells (OEC) could be helpful in treating the damaged spinal cord because of their distinctive properties. The unique cells have the capacity to support nerve fiber growth that preserves a pathway between the nose and the brain.

Earlier studies consisting of laboratory animals have shown that OECs can be helpful in regeneration of the parts of nerve cells that pass on signals (axons). OECs were used as a bridge linking damaged and undamaged tissues in the spinal cord. A Phase 1 trial in humans with spinal cord injuries has determined that the procedure is safe.

The current study, published in the journal Brain, is the first double-blinded, randomized, controlled study to examine the effectiveness of these transplants to increase function in spinal cord injuries. The trial used animals with spontaneous and accidental spinal cord injuries. This method resembled closely the way the procedure could potentially work for human patients.

The study included 34 dogs that all suffered critical spinal cord injuries (SCIs). A year or more after the injury, the dogs were without the ability to use their legs and were unable to feel pain in their hind legs and adjoining areas.

Several of the dogs were dachshunds, who are extremely prone to this type of injury. Dogs in general are more likely to experience SCIs because they can be caused by a slipped disc, which is normally a minor injury in humans.

One group involved in the study received OECs from the lining of their own nose injected into the injured area. The other group of dogs were injected with only the liquid in which the cells were transplanted. The researchers and the owners were both in the dark about which dogs received which type of injections.

The dogs were analyzed for adverse reactions during a 24 hour period before being returned to their owners. After that, they were tested every month for neurological function and to have their walking manner assessed on a treadmill while being supported in a harness. Specifically, the researchers watched to see if the dogs could coordinate the movement of their front and back legs.

The groups of dogs that received the OEC injection had significant improvement that was not present in the other group. The OEC injection group was able to move previously paralyzed legs and coordinate these movements with their front quarters.

This suggests that in these particular dogs, neuronal messages were being relayed across the formerly damaged part of the spinal cord. The researchers found that the new nerve connections causing this recovery were happening over short distances within the spinal cord and not among long distances needing the brain to connect with the spinal cord.

Professor Robin Franklin, a co-author of the study from the Welcome Trust-MRC Cambridge Stem Cell Institute, University of Cambridge, said:

“Our findings are extremely exciting because they show for the first time that transplanting these types of cell into a severely damaged spinal cord can bring about significant improvement.

We’re confident that the technique might be able to restore at least a small amount of movement in human patients with spinal cord injuries but that’s a long way from saying they might be able to regain all lost function. It’s more likely that this procedure might one day be used as part of a combination of treatments, alongside drug and physical therapies, for example.”

The authors emphasize that human patients with a spinal cord injury rate a restoration in sexual function and continence much greater than better mobility. Some dogs in the study got back their bowel and bladder control but the number was not satistically exceptional.

“This proof of concept study on pet dogs with the type of injury sustained by human spinal patients is tremendously important and an excellent basis for further research in an area where options for treatment are extremely limited. It’s a great example of collaboration between veterinary and regenerative medicine researchers that has had an excellent outcome for the pet participants and potentially for human patients.”