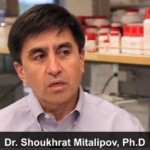 The possibility of using a patient’s skin to generate healthy new heart, liver or nerve cells has moved a step closer after a breakthrough by US scientists.

Using the cloning technique which produced Dolly the Sheep in 1996, researchers were able for the first time to turn human skin cells into “embryonic” stem cells, which can grow into any type of tissue in the body.

Experts claimed the work raised the prospect of “therapeutic cloning” in which patients’ own skin could be used to grow replacement cells for parts of their body damaged by illness or injury.

The breakthrough is also likely to provoke an ethical debate about “reproductive cloning”, because the method could in theory form the foundation for any future attempt to recreate a human.

But Dr Shoukhrat Mitalipov, who led the study, insisted that his work was focused on creating stem cells for use in medical treatments and said the findings were unlikely to lead to any attempt at human cloning by other researchers.

He said: “Our finding offers new ways of generating stem cells for patients with dysfunctional or damaged tissues and organs.

“While there is much work to be done in developing safe and effective stem cell treatments, we believe this is a significant step forward in developing the cells that could be used in regenerative medicine”.

The technique involves removing the nucleus of a skin cell, which contains a patient’s DNA, and implanting it into an egg cell which has had its original nucleus removed.

The unfertilised egg cell then begins to develop into an embryo and produce stem cells. Because they contain the patient’s genetic code, the cells could be transplanted into the patient’s body without the risk of rejection by their immune system.

Although the method had already proven successful in studies on monkeys, prior attempts to replicate it in humans had failed because our egg cells are more fragile.

In the new study published in the Cell journal, researchers identified techniques for avoiding problems with the development of the egg, including the use of caffeine to prevent the egg from “activating” too early.

They demonstrated that their method could generate heart, liver and nerve cells from high-quality egg cells.

The technique is seen by researchers in the field as more ethically viable than previous cloning methods because it does not involve the use of fertilised embryos.

Japanese researchers have previously pioneered another system of reprogramming human skin cells to a stem cell state using chemicals, but there are fears it could lead to harmful mutations.

Dr Paul De Sousa of the Centre for Reproductive Medicine at Edinburgh University said the development “will likely stir renewed interest in research and applications that had become discounted as impractical”.

Dr David King, of Human Genetics Alert, claimed the “irresponsible” project had created “the baby that would-be human cloners have been waiting for: a method for reliably creating cloned human embryos”.

But Professor Robin Lovell-Badge, head of developmental genetics at the National Institute for Medical Research, said the new work “at last brings the topic of therapeutic cloning in humans back into the realm of good science rather than controversy”.

He added that the work should not lead to fears about reproductive cloning.

“Many years of experience with reproductive cloning in animals tells us that the vast majority of cloned embryos fail at some point during gestation, most early after implantation, but all the way up to birth and beyond,” he said.

By Nick Collins, Science Correspondent for The Telegraph