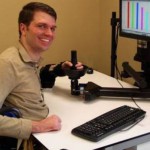 In its first decade, the program made New York a leader in medicine focused on repairing the spinal cord. As the legislation was poised to deliver on its most promising therapies for humans, however, funding for research was swept to help correct a $7.4 billion shortfall in the New York state budget. We are neuroscientists and clinical neurologists, but we are also members of this county and state, and we and our colleagues understood, as part of the social contract, that the government was facing an unusually difficult set of choices in allocating resources away from research to meet the needs of the neediest in difficult times.

Burke created the infrastructure to make regeneration medicine into meaningful treatments for patients with spinal cord injury. We accepted the sweep as temporary and then redoubled our efforts in 2009 to identify other resources to help keep our research on developing new therapies afloat. We relied upon the generosity of patient advocates such as Nancy Lieberman, a mergers and acquisition attorney from New York City who was paralyzed from a spinal injury in Colorado; we also relied heavily on the essential support from the Hospital and Research Boards of the Burke Rehabilitation Hospital, through the leadership of Donald Foley and Robert Baldoni. With this type of support and a shoestring budget we were able to continue our research efforts and invest at a time when many institutions had to shut down needed infrastructures in spinal research. The end result is that we have a pipeline of projects that have the real potential to change disability in patients not only with spinal injuries but traumatic brain injury, stroke and Alzheimer’s disease. These diseases constitute the leading causes of motor and cognitive disability in the world. Current estimates are that they will cost the U.S. more than $1.5 trillion by 2050 in health care costs alone.

We are excited by our progress and what this might mean for our patients and our society, but we are frustrated by the fact that the trust fund originally created with the specific intent of changing the lives of those with spinal disability continues to be swept, in large part, for other purposes. Meanwhile, the backlog of therapies close but not ready for testing in humans with spinal cord injury continues to grow.

The accomplishments of SCIRP are tangible and quantifiable. The fund has not only attracted internationally recognized investigators, but federal research dollars to New York State and Westchester County. During the funding of the SCIRP, Burke received more than $15 million. Given that that each dollar of research funding is equivalent to seven dollars in local economic activity, this translates into more than $100 million in economic activity for Westchester.

SCIRP has already remarkably changed disability for patients suffering from spinal cord injury. Indeed, one of the patients treated at Burke via SCIRP funding went from potentially requiring $300,000 in state services for the rest of her life to returning to work and paying state income taxes. SCIRP supported one of the most successful biotechnology companies focused on spinal injury, Acorda Therapeutics, which is based in Westchester County and now has a market capitalization of more than $1 billion. Through the help of a coalition of organizations called New Yorkers to Cure Paralysis, led by David Carmel and Paul Francis, we have spent considerable time in Albany communicating the amazing accomplishments of the original spinal cord injury research program legislation, its manifest benefits and growing promise.

This advocacy is making a difference, but we need our governor, Assembly, and Senate to know how important it is for the state government to make good on a commitment it made to those with neurological disability when it signed the SCIRP legislation into law in 1998. We are so grateful the economy is rebounding. It is time to fully refund the Spinal Cord Injury Program so the $8.5 million a year from traffic tickets can impact those they were intended to benefit.