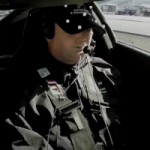 CORVALLIS, Ore.–(BUSINESS WIRE)–Former Indy Racing League driver and quadriplegic Sam Schmidt got behind the wheel several times during race week for the 2014 Indianapolis 500, which kicked off May 18, 2014. Schmidt started off the week completing two warm-up and four qualifying laps on Pole Day in a modified 2014 C7 Corvette Stingray controlled by his head using OptiTrack motion capture technology. Schmidt’s trip around the track maxed out at speeds of 80 miles per hour and marked his first laps on a professional raceway since a 2000 crash at Walt Disney World Speedway in Orlando left him paralyzed. He also served as the ceremonial pace car for the Indy Lights Freedom 100 on Carb Day, and on Monday following the Indy 500, Schmidt went at it again, this time topping speeds of 106 miles per hour.

The Corvette, which was modified by a team from Ball Aerospace & Technologies Corp., Arrow Electronics, and the Air Force Research Lab, was created as part of the SAM (Semi-Autonomous Motorcar) Project using mostly off-the-shelf commercial components. Schmidt’s vehicle is outfitted with four infrared OptiTrack Flex 13 cameras mounted on the dashboard that enable precise tracking to ensure accurate and safe steering. A baseball cap with eight pea-sized reflective markers allows Schmidt to control the Corvette with subtle head movements: forward and back to accelerate the car’s speed in increments of 10 miles per hour, and right and left to steer. With a sensor in his mouth, Schmidt can slow down or stop by biting down.

“Infrared motion capture technology has been used in the entertainment industry for years, and we felt confident we could be successful using it for the head tracking on the SAM Project,” said Glen Geisen, Chief Technologist and SAM Project lead at Ball, the company that created the car’s human-to-machine interface and driver-guidance system.

“Given the need for 100% reliable, precise real-time tracking in unpredictable outdoor lighting and in a fast moving car, we were intrigued by the project from an engineering perspective and delighted to participate,” said OptiTrack Chief Strategy Officer Brian Nilles. “The passion exhibited by Sam Schmidt along with the design team’s ability to overcome the project’s significant challenges made a historical moment possible, and congratulations are in order for everyone involved.”

Schmidt’s custom vehicle is the result of a near year-long collaboration between Ball, the Air Force Research Laboratory at Wright-Patterson, Arrow Electronics, Inc., Falci Adaptive Motorsports, and Schmidt Peterson Motorsports. The Indy 500 demonstrations signaled an important achievement in autonomous systems advancement and laid the groundwork for further applications across industries.

Since his accident, Schmidt has regained neck strength and partial shoulder movement through intensive physical therapy. Remaining active in the racing world, he is the co-owner of Schmidt Peterson Motorsports, while his Sam Schmidt Paralysis Foundation seeks to conquer paralysis though scientific research, medical treatment and rehabilitation.

OptiTrack creates the highest performing 3D tracking hardware and software available today and has become the largest motion capture provider in the world. By delivering the best 3D precision, simpler real time workflows, on-site manufacturing enabling the industry’s lowest pricing, and free and open developer access, it has become the favorite of industry leaders in game and film production, university education and research, engineering, life science, sports performance and injury prevention, and many others.