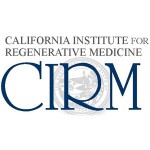 Both are part of the agency’s Strategic Partnership program, which aims to attract more industry investment in research projects funded by the stem cell agency, and accelerate the most promising projects into clinical trials. Both companies will match the funds that they are getting from the agency.

The spinal cord therapy will test a type of cell found in the central nervous system to see if it is safe and effective at treating people with severe injuries. The company behind the treatment, Asterias Biotherapeutics, is being awarded $14.3 million to test oligodendrocyte progenitor cells or OPCs. OPCs have two important functions in the body; they help stimulate the growth of nerve cells after an injury, and they produce myelin, a kind of insulation that conducts electrical signals in the spine. It’s hoped that transplanting OPCs to the site of a spinal cord injury could help restore some function to the patient.

These cells were tested in a first-in-human trial in 2010 under Geron with a simple goal of assessing the safety of this approach.  Five patients with lower spinal cord injury were transplanted with no signs of serious side effects or safety concerns.

In this trial, escalating doses of OPCs will be given to a different group of patients with the most severe upper spinal cord injuries, where this type of therapy is anticipated to be more likely to show activity, and monitored for any improvements.

“This new investment means we have a chance to build on the lessons we learned first time around,” says Jonathan Thomas, Ph.D., J.D., Chair of the governing Board. “If this therapy can achieve even very modest improvements for patients, it could have an enormous impact on the quality of their life, and the lives of their families. “

Another investment of $5.6 million goes jointly to John Zaia, M.D., of the Beckman Research Institute of the City of Hope near Los Angeles, and Sangamo Biosciences of Richmond in the San Francisco Bay Area. Their research focuses on the CCR5 protein, which is found on cells in the immune system. The AIDS virus hijacks this protein, using it as a way to gain access and infect our cells. They plan to take blood stem cells from HIV infected individuals, then use a technology called a zinc finger nuclease (ZNF), a kind of molecular scissors, to cut out or mutate the CCR5 gene on those cells, making them resistant to HIV. The stem cells will then be reintroduced into the patient with the hope that they will create a new, AIDS-resistant immune system.

“This is a project we are particularly proud of because we have helped fund it when it was simply a promising idea to this point, where it’s on the verge of being ready for clinical trials,” says Thomas. “These programs help bring together the most rigorous scientific research with companies that know how to do clinical trials and move therapies through the regulatory process. It’s a partnership with a simple goal, get the most promising therapies to patients as quickly as possible.”

In addition to the Strategic Partnership program the stem cell agency’s governing Board, the Independent Citizens Oversight Committee (ICOC) approved three new recipients of the Research Leadership Award. This was created to help California universities and research institutions recruit the very best stem cell scientists from around the world. This year, the Board committed funds to:

This meeting of the ICOC marked the first for new President C. Randal Mills, but the last for outgoing President Alan Trounson.

“Alan’s six years at the helm put us on course to be a world leader in stem cell research,” says Jonathan Thomas, Ph.D., J.D., Chair of the Board. “His vision has led to a number of important innovations including programs on Genomics and our Stem Cell Bank. We shall miss him and wish him all the best as he returns home to his family in Australia.”

The Board also issued a resolution honoring Marcie Feit who stood down after eight years on the Board. She was praised for her “compassion and dedication” to stem cell research as a Patient Advocate for type 1 diabetes.  “Marcie was once asked by a reporter what her idea of perfect happiness would be,” says Thomas. “She replied it was finding a cure to a profound disease. And that’s what she dedicated her life, and her time on our Board, to doing, with intelligence and warmth and passion. We are all better for having known her.”

About CIRM: CIRM was established in November 2004 with the passage of Proposition 71, the California Stem Cell Research and Cures Act. The statewide ballot measure, which provided $3 billion in funding for stem cell research at California universities and research institutions, was overwhelmingly approved by voters, and called for the establishment of an entity to make grants and provide loans for stem cell research, research facilities, and other vital research.