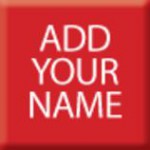 Please push the Federal Aviation Association to require airlines to provide designated wheelchair accessible spaces on every commercial aircraft, which will allow passengers to remain safely seated in their personal wheelchairs.

The Air Carrier Access Act of 1986, Title 49, Section 41705 of the U.S. Code, prohibits commercial airlines from discriminating against passengers with disabilities. The act itself, however, does not have any provision to protect the rights of those who, because of their disabilities and for safety reasons, cannot sit in a standard airline passenger seat and must remain seated in their personal wheelchairs like myself. These individuals are prevented from traveling any way except by land vehicles, trains, or ships. This constitutes a blatant infringement on their civil rights and access to affordable and expedient transportation.

We, the undersigned, propose that every commercial aircraft have one to two removable passenger seat(s), in the front row of every aircraft, with a 4-point air cargo system underneath (identical to the system used in the U.S. Air Force cargo transport aircraft) to fasten each wheelchair securely to the floor of the cabin. An additional safety belt will be required around the waist of each wheelchair user to secure them in their seats. This proposed set up will guarantee the accessibility and safety of every passenger on board.

Such implemented change is an economically sound investment for air carriers. The large and growing market of people with disabilities has $175 billion in discretionary spending, according to the U.S. Department of Labor. Additionally, The New York Times reported that spending by travelers with disabilities exceeds $13.6 billion annually. I know that I personally spend approximately $5,000/ year on vacations. We estimate that this amount will increase significantly once individual aircraft become more wheelchair accessible.

Thank you for your support,