When a cure isn’t a cure: searching for miracles can do more damage 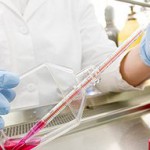 Modern science can offer a lot of things, but the search for a miracle cure to spinal cord injury is dangerous on many levels.

It’s understandable that someone who has just been given life changing news will meet it with disbelief and doubt.

Say, for example, you’re told that an accident has left you with a fractured spine. Maybe it was a car crash. Perhaps it was a simple mistake like diving into a shallow pool or falling off a bike.

There are lots of technical terms being used by the people looking after you, yet all you really hear them saying is; “…you’ll never walk again.”

Denial is a natural part of the grieving process outlined in the Kubler-Ross model: denial, anger, bargaining, depression and finally acceptance.

But what happens if someone doesn’t make it past that stage?

Dr Andrew Nunn is the Medical Director of the Victorian Spinal Cord Service at Austin Health. He says that the denial some patients struggle to overcome can have negative impacts on their lives, the lives of their loved ones and ultimately their recovery.

“I think it’s a major issue in our game,” he says.

“We have a quite normal hope to not have the problem, or at least have the problem cured. But when people play up the expectations of a cure, they grab onto that and, in a sense, avoid reality.”

It’s the complexity involved in every individual spinal cord injury that makes it so difficult to effectively communicate about the topic, particularly when mainstream media covers it. Dr Nunn would like to see a major shift away from sensational claims.

There are growing numbers of patients willing to go to great lengths to find a ‘cure’ and undergo experimental surgery like stem cell therapy, spinal cord stimulation or experimental drugs.

“People go overseas, usually to India or China, and they have these procedures done that we don’t understand. They put themselves at significant risk. The reason these programs are run is because they make a lot of money. You could spend $80,000 on one of these programs. It’s totally non-scientific and you could end up with infections and all sorts of other issues. It’s a really risky thing to do,” Dr Nunn says.

As someone who delivers life-changing diagnoses, he appreciates the balance between being pragmatic and optimistic in the early stages of an injury.

“You can’t destroy hope, because hope gets people through the first part. You have to get people through a process as the losses are dramatic. The physical reality is apparent but the emotional adjustment is going to take a period of time.”

At the same time as being empathetic towards patients, it can also be frustrating for medical professionals to be undermined by modern-day snake oil salesmen online.

“If it’s your son or your brother, you want something you can do about it, so I can see how people get caught up. They don’t want to hear what I tell them because it’s hard to deal with. Yet if someone on a website offers them a cure, well, that’s what they want to do.”

In the past the medical industry has struggled with how to approach unproven therapies, with a tendency to denounce them decisively. The focus is now on adding an education component to the rehabilitation process – not just for the patient but for their support network.

“It’s almost become negative to suggest these things don’t work. There’s a feeling as though conservative doctors are depriving us of a cure. Quite frankly if the research being done with stem cells works, we’ll do it. But we don’t have that proof yet. We’ll definitely use them as appropriate, but it’s just not safe. Putting up a nice website and claiming they can cure it is really wrong.”

Dr Nunn estimates that it takes around two years for a person with a spinal cord injury to adjust to their new lifestyle. That adjustment time can be much longer if people are focused on a cure rather than rehabilitation.

“People can waste a lot of time and effort searching for a mythical cure, but it’s more interesting to look at how a person moves through the incredibly difficult process of having a spinal cord injury and then entering the community. It’s amazing what people can do and that’s a story worth celebrating.”