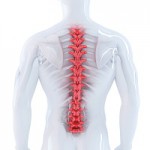 Uncontrolled serotonin contributes to spasms in spinal cord injury patients, according to a study published in The Journal of Neuroscience.

Researchers from the University of Copenhagen in Denmark studied the enzyme L-amino acid decarboxylase (AADC) in animal models with spinal cord injury and Parkinson’s disease. The enzyme, the researchers believe, contribute to the manufacture of serotonin. The serotonin activates muscle control, and when there is too much serotonin pumped into the system, the motor controls are sent scrambling.

“We now have a qualified idea of why the serotonin level goes out of control, and we have documented that a special serotonin-producing enzyme plays a key role,” associate professor and neurophysiologist Jacob Wienecke, PhD, said in a press release. “By targeting the specific enzyme, in the long term we will be able to devise new methods of treatment when we are trying to impact functions in the nervous system.”

Previous research has shown that serotonin exists near the central canal of the spinal cord, but this paper adds proof that it exists in the intermediate zone and dorsal horn of the spinal gray matter as well. The scientists were able to prove that, in the mice models, AADC cells produce serotonin from its immediate precursor, 5- hydroxytryptophan.

The AADC enzyme is believed to be rapidly regulated in the first few days after injury. However, the investigators believe the same involuntary spasms, also called dyskinesia, are present in Parkinson’s disease patients. Instead of the serotonin for spinal cord injury patients, it’s the dopamine system that is affected.

“It is an interesting perspective, which will hopefully focus efforts on targeting drugs specifically at the AADC cells,” Wienecke continued. “Perhaps in the future we can regulate the undesired neural activity in this way so that the unnecessary ‘disturbance on the line’ disappears for the affected patients.”

Currently, spinal cord injuries are treated with baclofen, which is designed to suppress neural activity. It further suppresses the dyskinesea and blocks the involuntary muscle contractions. However, the problem with baclofen is that it inhibits motor learning and patient recovery speed.

“Finding a solution to the problem is no easy task,” concludes Wienecke. “However, a lot suggests that regulating serotonin production more precisely could mitigate undesirable spasms while also supporting the rehabilitation of controlled movements. So far, the study has been carried out on rats, but we have reason to believe that the same mechanisms apply in humans.”