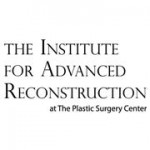 SHREWSBURY, N.J., May 11, 2015 /PRNewswire/ — In August 2012, Andrew Brown was on his way home from seeing his young son in the hospital for a surgical procedure when his life was forever changed. Brown was involved in an automobile accident, leaving him paralyzed from the neck down.

Subsequently, he had enormous difficulty breathing, often requiring mechanical ventilation, which put him in the hospital every month last year. In fact, in January 2014, his mother Gloria reports, “The doctor didn’t expect him to live.”

Paralysis can impact the transmission of nerve impulses that control breathing as a consequence of damage to the spinal cord and phrenic nerves. The phrenic nerves control function of the diaphragm muscle — the primary muscle involved in breathing.

On December 5, 2014, Brown underwent surgery with Dr. Matthew Kaufman and Dr. Andrew Elkwood both of The Institute for Advanced Reconstruction in Shrewsbury, NJ, and Dr. Adam Shiroff, Chief of Trauma Surgery, at Jersey Shore University Medical Center in Neptune, NJ. Dr. Kaufman, the only known surgeon to perform surgery on the phrenic nerve, completed a phrenic nerve graft while installing a diaphragm pacemaker with Dr. Shiroff. Dr. Elkwood, one of few experts worldwide doing certain specialized microsurgery procedures, did tendon transfers to Brown’s right arm, which is permanently bent at a 45-degree angle.

About three months later, Brown could feel a change. “We are thrilled that he has already reduced his ventilator requirements substantially. As the phrenic nerve regenerates over a period of one year and the diaphragm muscle strengthens, we would not be surprised if he is eventually able to breathe completely on his own,” states Dr. Kaufman. In addition, Dr. Elkwood’s procedure has resulted in movement in Brown’s right thumb.

There was a time when Andrew Brown couldn’t even sit up in his wheelchair and had to spend most of his time reclining. Today, the 34-year-old Lacy Springs, Alabama, resident breathes freely with the aid of his pacemaker and spends so much time powering his wheelchair that the battery runs out.

“This was life-changing surgery,” states Andrew Brown. “But I’m still hoping for further improvement.”  His goal is to regain the use of his arm and to breathe without the pacemaker.

An article by Drs. Kaufman, Elkwood and others titled “Diaphragmatic Reinnervation in Ventilator-Dependent Patients with Cervical Spinal Cord Injury…” was published in April 2015 in the Journal of Reconstructive Microsurgery. Among those studied, it was concluded that “Recovery of diaphragm electromyographic activity was demonstrated in 13 of 14 (93%) patients.” Andrew Brown has also benefited from these advanced surgical techniques.

Dr. Kaufman will be presenting on “Current and Future Surgical Treatment Options for Diaphragmatic Paralysis and Ventilator Dependency…” at the May 14-16, 2015 ISCOS ASIA meeting in Montreal, the largest international scientific gathering of experts in the treatment of spinal cord injury.

SOURCE The Institute for Advanced Reconstruction

Rallying call for the disabled