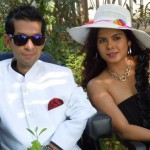 He cannot walk or move any of his limbs, is perpetually on an automatic wheel chair and needs the support of at least two attendants round the clock. He only manages to raise his right forearm to pick up a pen or mobile phone.

But that has not deterred Jitendra Kumar Biswal, a quadriplegic since childhood, from conceptualizing a film and playing the lead in it. The 35-minute short film, The Desire, is the story of a person with extreme disability and his relationship with a “normal” girl.

“The message of my film is clear: like any other human being, people with disability have feeling, emotion and desire. It is time society recognizes and respects it,” Biswal, 44, told HT.

The main components of a relationship, he says, are love, care, commitment and loyalty and there is no problem in a disabled person to express those components. But unfortunately people are reluctant to forge a relationship with those with different abilities. “People keep their disabled children away from others, confine them within the four walls of a house and do not send them to school,” he said.

Though Biswal conceived the idea for the short film, he lacked funds. Help came from Odisha born, Mumbai based ad filmmaker Avinash Nanda, who not only agreed to direct but also roped in his Bhubaneswar based entrepreneur friends, Rajinder Singh Bhatia and Rajesh Mohanty, to fund the film. “What attracted me to the film was Biswal’s boundless energy and confidence despite disability,” said Nanda.

Bhatia said he was never involved in film production but the concept touched his heart and it was quite remarkable that Biswal himself was acting in it. Model and social activist Swapna Pati, who plays the female lead, echoed Bhatia’s views.

The shooting for the film was completed recently on the periphery of Konark Temple and after post-production works, the makers wish to send it to film festivals.

Hailing from Odisha’s Bargarh district, Biswal has been a disabled rights activist and motivational counselor for long. He holds a degree in law and a certificate in business management.

My Attitude, My Life Despite My Disability

In May, a video clip, My Attitude, My Life Despite My Disability, comprising several still pictures of Biswal with text and voice over by him, went viral on YouTube attracting profuse accolades from celebrities like Congress MP Sashi Tharoor and TV personalities Barkha Dutt and Rajdeep Sardesai.

Paraplegic dad: ‘For everything I’ve lost, I’ve gained so much more’