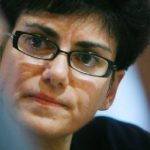 AUSTRALIA’s bionic ear experts may hold the key to perfecting a technique that will allow paraplegics to walk again.

A Canadian researcher has been working for 15 years on bionic implants that use electrical signals to command “lifeless” limbs to stand and walk.

The University of Alberta’s Dr Vivian Mushahwar, who arrived in Melbourne yesterday, said her work had been proven in animals and she was about three years from human trials.

But there remains a significant hurdle before it becomes widely available. A web of electrodes finer than a human hair must be placed exactly in the “spinal control centre” in the small of the back.

This precise, laborious process is beyond the talents of all but the world’s best surgeons.

So Dr Mushahwar has come to Australia’s first medical bionics conference, beginning today in Lorne, to discuss with local experts how the implantation might be made easier.

“So (in a spinal injury patient where the connection to the brain has been severed) why don’t we start providing these commands? If we know where to go in the spinal cord, to tap into those networks that the brain usually taps into, then we can say ‘go’ — we can say ‘stand’ and ‘walk’.”

Existing bionic implants use electrodes that connect to muscles in the leg. More than a dozen people have received early prototypes. But their rediscovered ability to stand and walk was limited, “robotic” and tiring, Dr Mushahwar said.

By tapping into the spinal control system in the small of the back instead, an implant can trigger a virtually natural walking motion. The body’s inbuilt command structure uses the legs’ “slow twitch” muscles, which will more than triple the amount of time a patient can stand and walk without tiring.

“With the current systems there is a “walker” (walking frame) and you press a button to extend or flex your leg,” Dr Mushahwar said. “(With the new system) a walker may be needed for balance but we hope we would go down to crutches. We are trying to eliminate the need to push buttons.”

But attaching the stimulator to the spinal cord is an incredibly difficult process. She has come to the bionics conference to tap into Australia’s expertise.

“Our main hurdle right now is coming up with a way to allow a surgeon to implant this in an easy way,” she said. “Right now we implant each of these wires separately by hand and you have to be exceptionally skilled.

“There’s a lot that the cochlear implant people could offer. They could have advice about how to develop the best electrodes (and) how to engage the surgeons in a meaningful fashion.”

Living proof: do not see a victim, look instead at an...