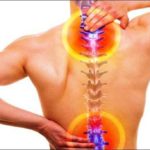 During the past 2 decades, cell-based therapies for SCI have been researched in several studies. Replacement of damaged neural tissues and re-establishing connections between the central and peripheral nervous system is vital for the treatment strategy for patients with SCI. Thus, the cells having a potential of self-renewal and differentiating into multiple cell types would be best suited for patients with SCI. Dr Geeta Shroff, director Nutech Mediworld, in a recent research has published report on how human embryonic stem cells (hESC’s) can treat spinal cord injuries (SCI). The findings are first of its kind as the cell line developed was free from animal products and chromosomally stable. The uniqueness about the cell line that makes it exclusive is that the process of cell line was derived from a single hESC which is already patented and published in her earlier reports.

A Spinal Cord Injury (SCI) can be any damage to the spinal cord that changes its function, temporary or permanently. SCI is a challenging neurological injury and is associated with permanent disability and decreased life expectancy. The complex series of pathological events involved in SCI result in long-lasting locomotor and sensory neuron degeneration below the injury. There have been several strategies to improve neurological recovery, such as surgical intervention, physiotherapy, and pharmacological interventions, but none of these have proven to be effective. Replacement of damaged neural tissue, enhancement of endogenous neural regeneration, and modulation of the inflammatory response after SCI are the key elements in restoring function after SCI.

Research done by Dr Geeta Shroff on Stem cell transplantation proves to be a promising technology that has the potential to replace damaged neurons, reestablish lost axonal connections, and provide neuro-protective factors to allow for healing and recovery after SCI. Human embryonic stem cells (hESCs) play a vital role in treating neurological disorders and have a huge potential for differentiation and can provide neuronal or glial cells for transplantation. Most embryonic stem cells are derived from embryos that develop from egg which are donated during IVF which otherwise is a medical waste.

The institutional committee for stem cell research and therapy of Nutech Mediworld reported all the work with respect to embryonic stem cells to the National Apex Body and the Indian Council of Medical Research. An independent ethics committee approved the study protocol. The data of a single cohort of patients with SCI treated with hESCs conducted during 24 May 2005 to 31 August 2012 at a single site in New Delhi, India, were collected retrospectively. She started the research in 2002, with 33 patients suffering from incurable diseases. Thereafter the safety and efficacy of the therapy, dose schedule, and protocol for administration of hESCs and therapy schedule were established in a pilot study conducted on 72 patients. With the success of her pilot study, another study was done on 108 patients with SCI that verified the safety and efficacy of hESC in patient with SCI. She has filed a patent with the World Intellectual Property Organization, covering over 126 countries.

“The present study with 226 patients with SCI was undertaken after these two studies. A number of studies conducted in animal models has observed hESC-derived cells to be able to differentiate into mature oligodendrocytes and neurons in patients with SCI. The study was performed under proper supervision of a team of physicians that included external consultants and validated by an external clinical research organization. The patients were scored as per ASIA scale by independent physicians before and after the treatment and by the in-house physicians and the rehabilitation team.” Says Dr shroff. After confirmation of diagnosis, the patients were tested for hypersensitivity reactions with hESCs (0.05 mL hESC injected subcutaneously). The study consisted of three treatment phases with gap phases in between so that the hESCs could grow, repair, and regenerate the affected part.

After the hypersensitivity testing, the patients entered the treatment phase, T1, T2, T3. Each treatment phase lasted 4–6 weeks and was 4–8 months apart. The physicians continuously administered the hESCs. No immune-suppressants were given to the patients. In addition to hESC therapy, all the patients received physiotherapy and occupational therapy. The rehabilitation focused on overall improvement of the patient and mobilization of the patient was performed using different ambulatory aids.