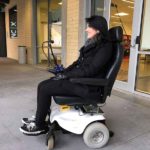 Brazilian start-up Hoobox Robotics has collaborated with Intel to produce an adapter kit that allows almost any electric wheelchair to be controlled by the user’s facial expressions.

The Wheelie 7 kit equips a wheelchair with artificial intelligence to detect the user’s expressions and process the data in real-time to direct the movement of the chair.

Smiling, raising the eyebrows, wrinkling the nose or puckering the lips as if for a kiss are among the repertoire of 10 gestures recognised by the prototype Wheelie 7.

Users can customise which of the 10 expressions they want to employ for each possible direction, so they can play to their strengths.

“We believe we can take advantage of a person’s best abilities to counteract limitations, not only improving mobility and autonomy, but also enhancing self-esteem,” said Hoobox.

The start-up developed the Wheelie 7, so called because it takes seven minutes to install, in collaboration with Intel’s AI4Good programme.

The kit’s hardware is based on Intel technology, including the 3D RealSense Depth Camera to capture facial expressions and a mini onboard computer for processing. 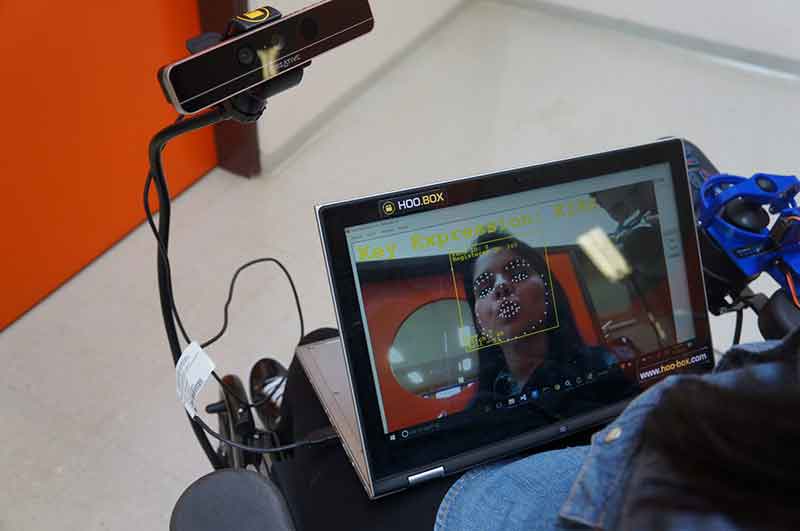 This is combined with Hoobox’s custom facial-recognition software, which uses a machine-learning algorithm to decipher expressions precisely.

“To develop The Wheelie we had to create next-generation facial analysis capable of detecting facial expressions more accurately regardless of light conditions,” said Hoobox.

“The precision is so high that we can start to detect human behaviour, such as drowsiness, 10 levels of pain, agitation or sedation levels and spasms. We can even detect when a person will sneeze before sneezing.” 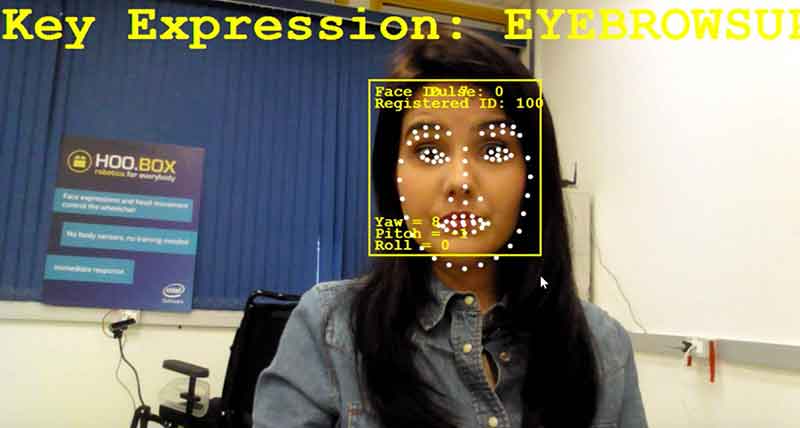 The Wheelie 7 prototype is currently being tested by users in the US, including people with quadriplegia and motor neurone disease, as well as seniors. It was also showcased last week at the Consumer Electronics Show in Las Vegas.

It is expected to go on sale later in 2019 and is compatible with 95 per cent of motorised wheelchairs.

Hoobox was founded in São Paulo in 2016 by Paulo Gurgel Pinheiro, who developed the facial-recognition software that the Wheelie 7 is based on as part of his postdoctoral research. 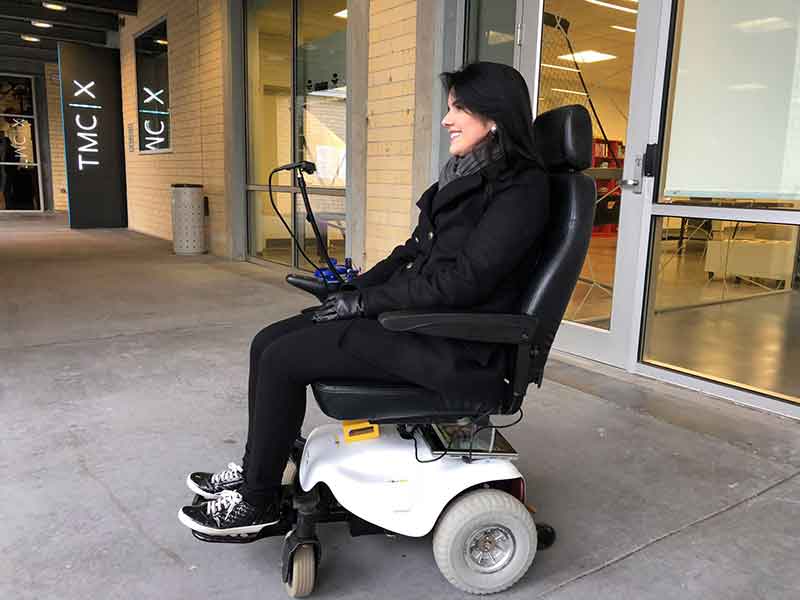 The company moved to Houston in 2018 to join the Johnson & Johnson-run incubator JLABS at Texas Medical Centre.

Its Wheelie 7 kit is one of a number of innovations poised to offer increased independence to wheelchair users.

The system is currently in beta testing. More Information: http://www.hoo-box.com/index.html#thewheelie

This week saw the announcement of the finalists in Toyota’s Mobility Unlimited Challenge, a competition that awards $500,000 in development funding to five start-ups with designs that improve the lives of people with lower-limb paralysis.

A wheelchair specially designed for plane travel, the Air Chair, was also the runner up in the 2018 James Dyson Award.