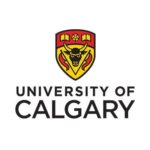 A new University of Calgary study looks to understand the relationship between those who survive spinal injuries and the people who care for them.

The University of Calgary is conducting a new study that takes a closer look at the relationship between spinal cord injury (SCI) survivors and their caregivers.

Dr. Bonnie Lashewicz, the lead investigator of the study, said the goal is to improve care for everyone suffering from a SCI.

“We are very much interested in what is behind the scenes,” said Lashewicz. “How do people navigate and negotiate relationships of support?”

During the course of the study, doctors hope to sit down with at least 25 people who have gone through a SCI and the rehabilitation process.

Lashewicz said the road to recovery takes tolls on both the caregiver and the patient.

“It’s not just work for the caregiver; it’s work for everybody,” said Lashewicz. “There’s a great deal of emotional labour that is embedded in all of the dynamics of the relationship.”

One person who has had to negotiate those relationships is Marilyn Erho.

In 1995, she and her husband were driving to a volleyball game when her car was hit head-on. Her husband died from his injuries and Erho suffered spinal damage.

“I was told that I had a spinal cord injury. I’m a C6/C7 complete quadriplegic.”

Erho experienced the complexities that came with maintaining relationships in the months and years after the crash.

While some people stood by her side through it all, others lost contact.

“Lots of people I hadn’t seen for a long time would come in and see what happened to me,” said Erho, “but some of those people faded out. I guess I found out who was there for the long run.”

Erho now lives on her own, works with Spinal Cord Injury Alberta and volunteers with Kids Up Front.

Lashewicz thinks stories like Erho’s show that there is the possibility of SCI patients achieving a higher level of independence, and that front-line staff should look for opportunities to improve their quality of life.

“We want to encourage practitioners and policymakers to provide frames and communicate with people in ways that hold onto a sense of possibility and don’t close things off prematurely,” she said.

As of late January, more SCI survivors are still needed for the study.

Wheelchair bike is star of show