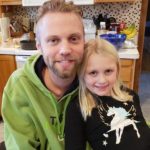 WILLMAR — A diving accident the summer after he graduated from Willmar High School changed the whole course of Peter Grahn’s life.

The spinal cord injury he suffered was life-altering but it’s also what led him to his calling — as a researcher into the intricacies of neuromodulation at the Mayo Clinic.

The work he’s doing at Mayo could someday enable people like him to recover, even if only partially, from spinal cord injuries that limit their ability to walk, use their hands and move around freely.

Although it’s too soon to know what the research will lead to, Grahn is excited about what has been accomplished so far and looking forward to what’s next.

“We’re now trying to expand,” he said. “The project is so new — only two or three years old — that we’re still trying to plant our feet. We have a really strong team established.”

It was the summer of 2005 and Grahn was weeks away from starting college when he dove off a dock at Green Lake into what he thought was six feet of water. Instead he hit the shallow bottom, crushing a vertebra in his neck and leaving him partially paralyzed.

The climb to recovery was long. “I spent a year in rehab, basically,” he said.

He and his parents, Mike and Paula Grahn, credit local support with helping them through a dark, difficult stretch. Friends showed up to milk the dairy herd on the family farm east of Willmar while the Grahns were at their son’s bedside. Community fundraisers provided money that helped enable them to build a new house with a spacious ramp and deck to accommodate a wheelchair.

“Everything could have been different,” Grahn reflected. “The community and family support was key.”

He persevered, enrolling in college at Southwest State University in Marshall. During high school he had been interested in physical therapy or rehabilitation medicine, but now he had a new perspective.

He kept wondering: What happens when the spinal cord is injured and why doesn’t it simply repair itself like, say, a broken bone?

“That was a question that was always in my mind,” he said.

During his junior year in college, he attended a conference on spinal cord injury where he met the main speaker, a researcher at Mayo. The encounter ultimately led to a year-long research experience at Mayo that fired up Grahn’s passion for asking questions and seeking answers.

“I just fell in love with the research environment,” he said.

Now 32, he’s on the Mayo research staff and holds both a master’s degree and a doctorate. He and his wife and two children recently moved to a country home on the outskirts of Rochester.

About 17,700 new spinal cord injuries occur in the United States each year, according to the National Spinal Cord Injury Statistical Center. An estimated 288,000 Americans are currently living with spinal cord injury.

Survival rates have improved, Grahn said. “They live a long life the majority of the time.”

But there also are long-term costs, both human and financial — “billions and billions of dollars,” Grahn said. One of the thrusts of his research is to try to mitigate some of these costs and enhance quality of life for survivors of spinal cord injury.

The Mayo team’s work involves an implanted electrode that stimulates the spinal cord. The Medtronic device was originally approved for pain management, but a study carried out in Kentucky suggested it could also help stimulate paralyzed limbs to move.

When the Mayo scientists implanted the device in their first study participant, a Wisconsin man paralyzed from the torso down after a snowmobile crash in 2013, the man eventually was able to move his legs, then stand and finally walk with the aid of a walker.

Results of the study were published in September in the journal Nature Medicine. Grahn, a senior engineer with the project, was one of the co-authors.

The project, and Grahn’s role, earned attention from a wider audience with a front-page story published by the Star Tribune of Minneapolis in November.

Grahn said the feedback was overwhelmingly positive. “I heard from a lot of people,” he said.

One of the assets he’s been able to bring to the research, besides his background in science, is his own experience with spinal cord injury. He said it helps provide insight into the emotions and daily experiences of living with spinal cord injury. “I’m able to connect a little bit more with the research subject and know the questions to ask,” he said.

He is eager to dig further into this area of research. There are many questions he and the Mayo research team want to explore, such as: What outcomes should be targeted that represent improvement in quality of life? What metrics and experimental approaches need to be used to advance scientific understanding? Can these technologies and therapies safely and efficiently move into the general patient population?

“Now that we’ve established the project, there are so many questions that are left unanswered,” he said. “The tools are there to answer them, which makes this an exciting time in biomedical research of spinal cord injury.”

Chris Norton rising above spinal cord injury to help others