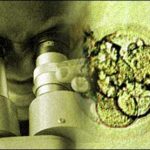 SAN FRANCISCO — Sound pioneer Ray Dolby and his wife gave $16 million to the University of California, San Francisco to start a stem cell center that will perform research without federal funds, the school announced Wednesday.

The Institute for Regeneration Medicine, which was previously called the Institute for Stem Cell and Tissue Biology, will be the primary stem cell research center on campus.

“The discovery of stem cells was a wonderful thing but, unfortunately, this name by itself does not seem to very well suggest what is happening or how,” Dolby said, referring to the renamed institute in a written statement. “Moreover, the term ‘stem cell’ seems to have acquired a negative meaning with some people.”

An undisclosed amount of money is still needed to build the center, which will perform research on stem cells extracted from human embryos after Aug. 9, 2001, the date President Bush cut off eligibility for federal funding of human embryonic stem cell research.

Bush, many social conservatives and others who believe life begins at conception view stem cell work as immoral because human embryos are destroyed during the research.

The school is expected to soon receive its first shipment of eggs that were unable to be fertilized and were donated by a fertility clinic. To clone, scientists insert genetic material from an adult cell into the eggs to make realistic disease models.

The $16 million gift was the second sizable donation the founder of Dolby Laboratories Inc. has made to stem cell research. Last year, Dolby donated $5 million to the California Institute for Regenerative Medicine, the state’s $3 billion stem cell research agency, to help it pay its bills while it fought lawsuits blocking its ability to borrow money.

A judge last month ruled in the state’s favor, but appeals are expected to tie up the agency’s bond financing until next year.

Dolby, founder and chairman of Dolby Laboratories, was listed as worth $1.6 billion in Forbes magazine’s most recent listing of billionaires.

By PAUL ELIAS
The Associated Press