(Washington, DC) During a marathon session of voting on Thursday, the U.S. Senate passed legislation which will help disabled veterans who live with family members.

Under the bill, the U.S. Department of Veterans Affairs would establish a five year pilot program to provide veterans with up to $10,000 to widen doorways, install wheelchair ramps, or make other adaptations to the homes of family members where they are temporarily living. 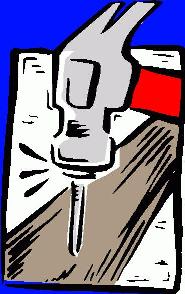 “Many of our young veterans are in their late teens or early 20’s, and when hurt in combat, they often return to live with their parents. This change is a commonsense approach to the reality that these young men and women face,” said Sen. Larry Craig, Chairman of the Veterans’ Affairs Committee.

Under current law, the Department of Veterans Affairs is allowed to make one-time grants of up to $50,000 to adapt the homes of disabled veterans. But as the law is now, the veteran has to own the home.

Under the new pilot program, a veteran would be able to receive up to three separate grants within the allotted maximum amounts – which are $50,000 for severely disabled veterans and $10,000 for less severely injured. Only one grant could be used for a temporary residence. The other two could be used only for a home owned by the veteran.

The amendment was sponsored by Sen. John Sununu (R-New Hampshire).

Sen. Craig (R-Idaho), a co-sponsor of the amendment, said he will now work to include the provision as part of a larger omnibus veterans bill which will contain other benefits-related provisions for veterans that have passed in either the House and Senate.

“We are committed to doing what’s right for our veterans,” Craig said.

The legislation also requires that Government Accountability Office to report on the implementation of the pilot program not later than three years and five years after the enactment of the bill.